The trails are rated from easy to highly technical 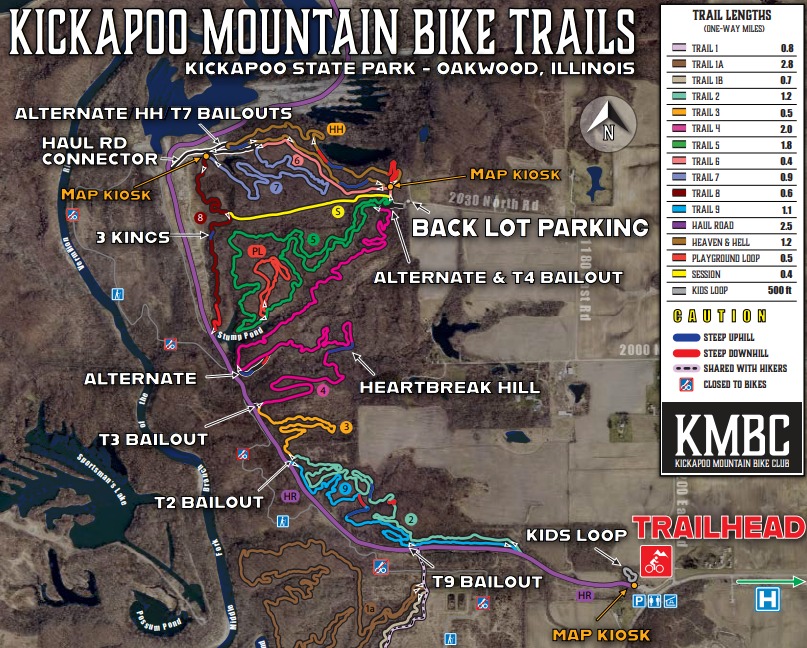 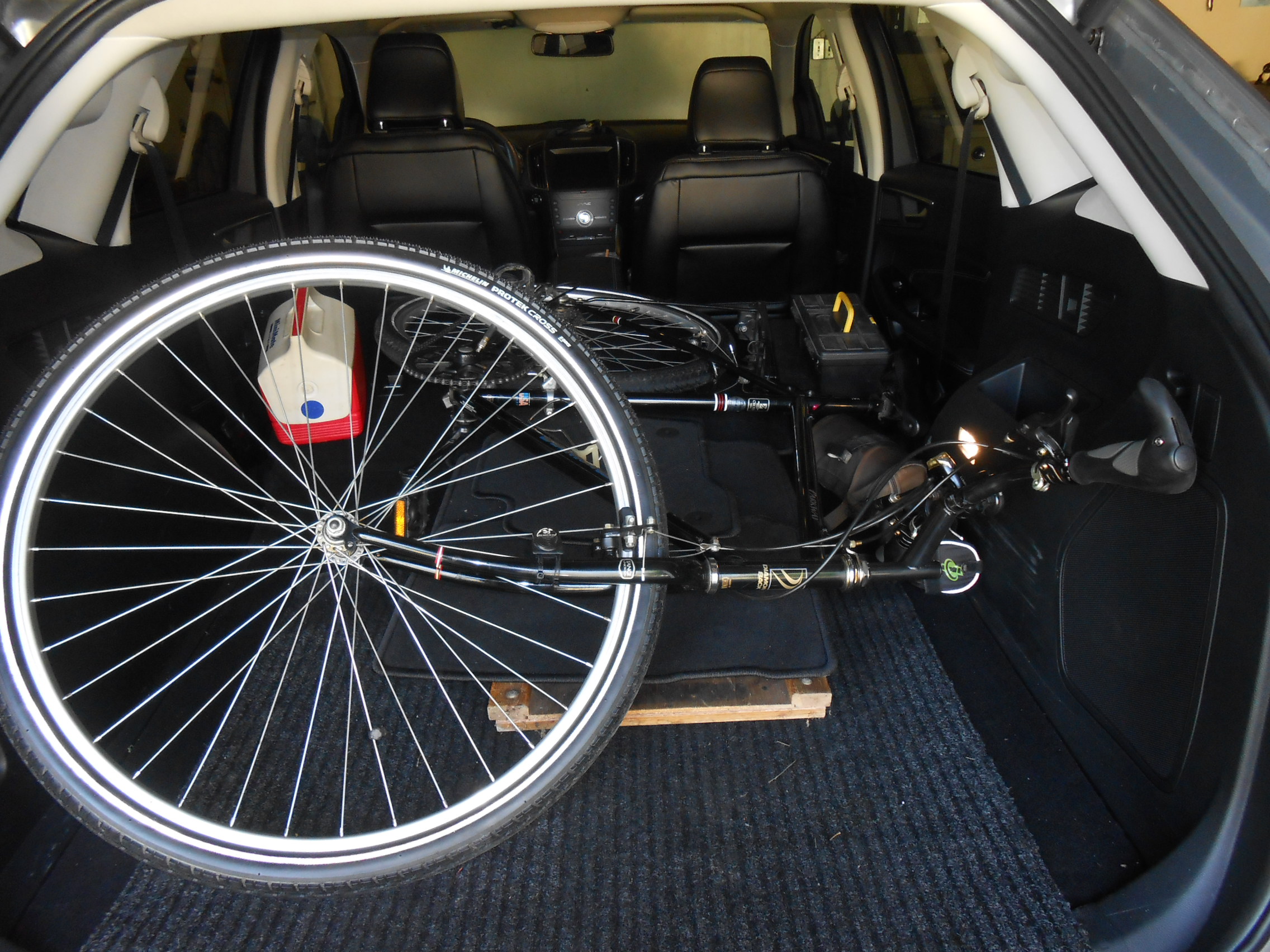 The Diamond Back was the bicycle of choice 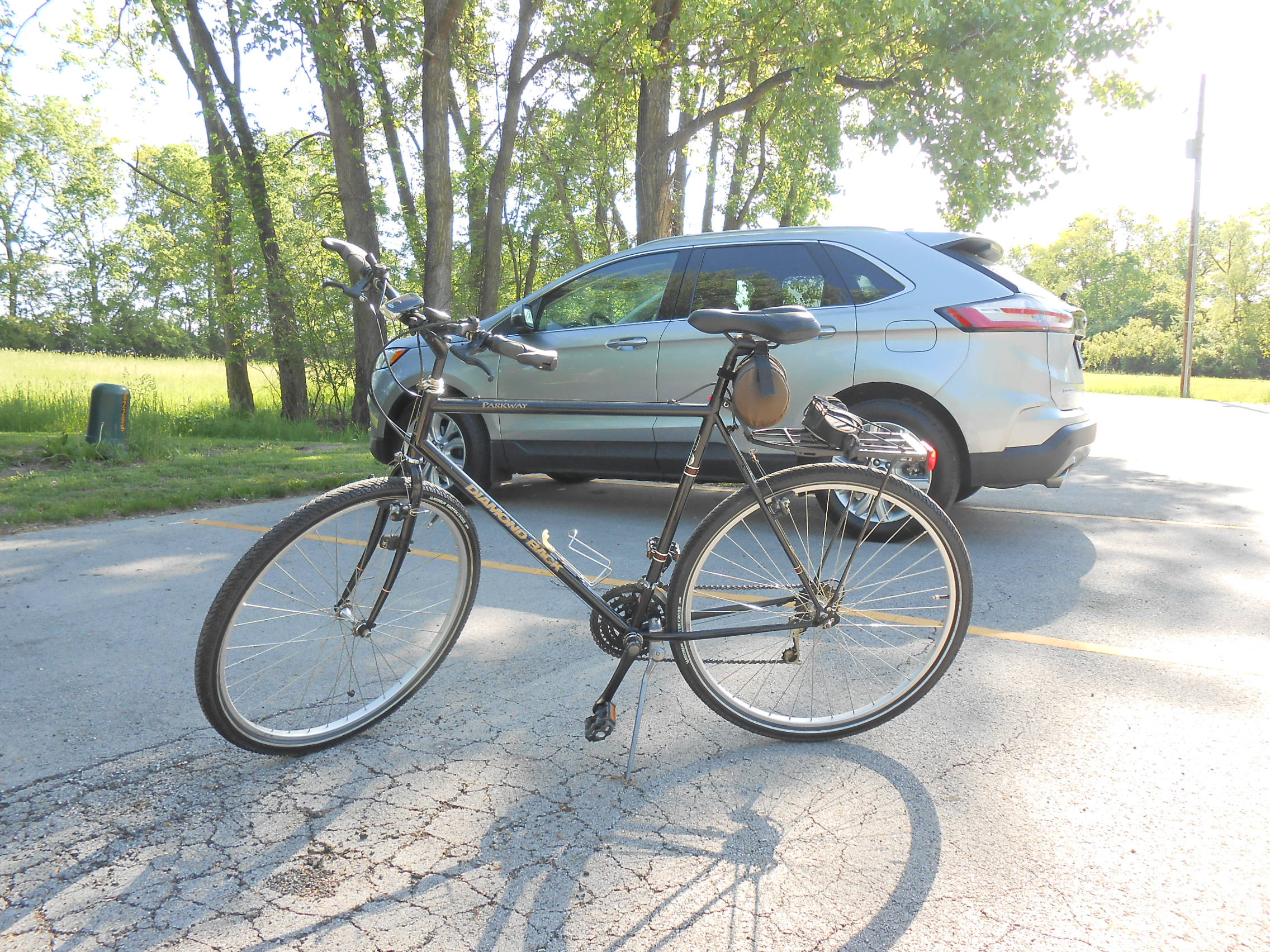 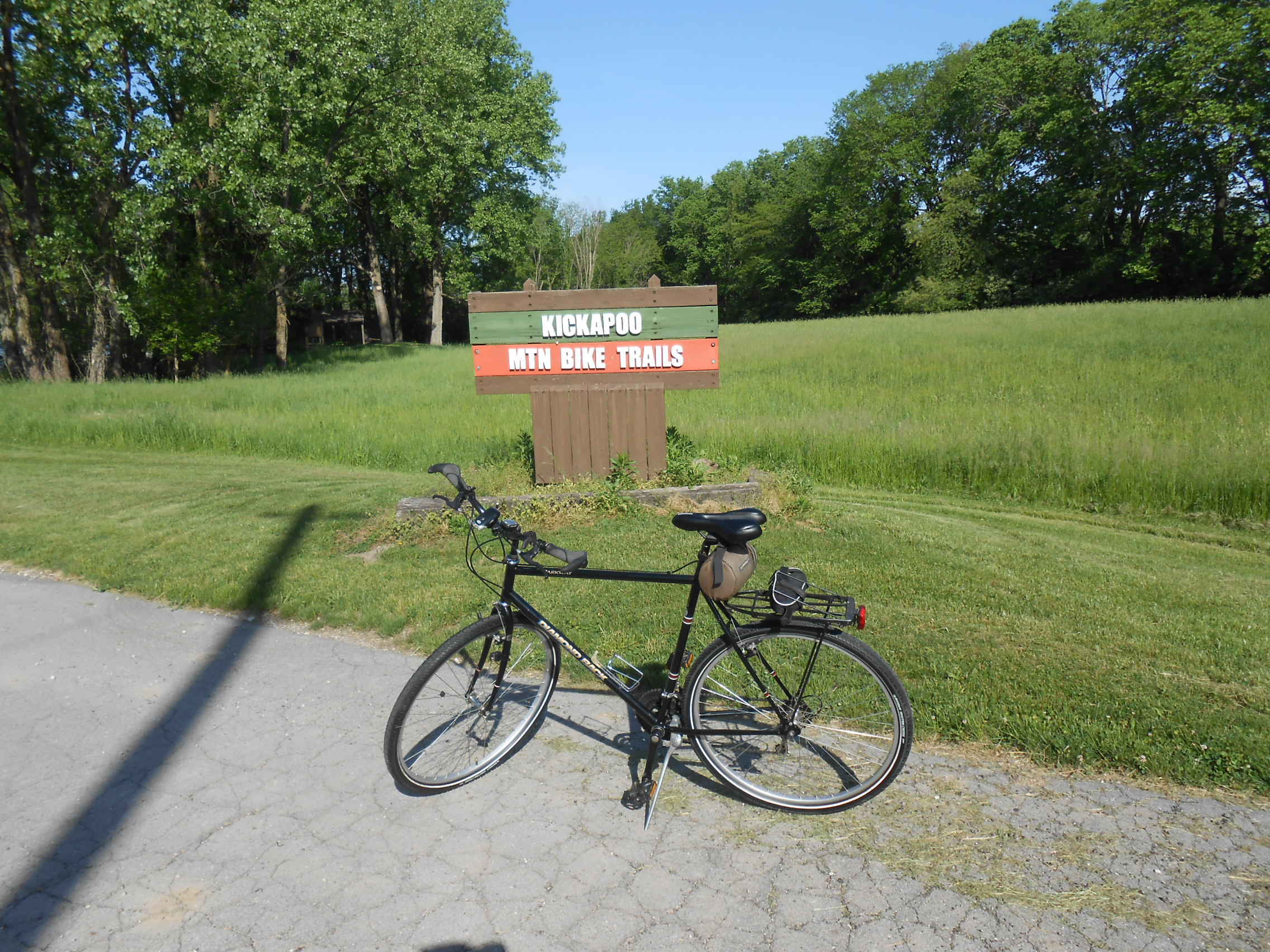 Considered a “Crossover” back in the day, its part road and part mountain bicycle

Certainly not an Ogre, Disc Trucker, or Salsa, but it was more than capable today 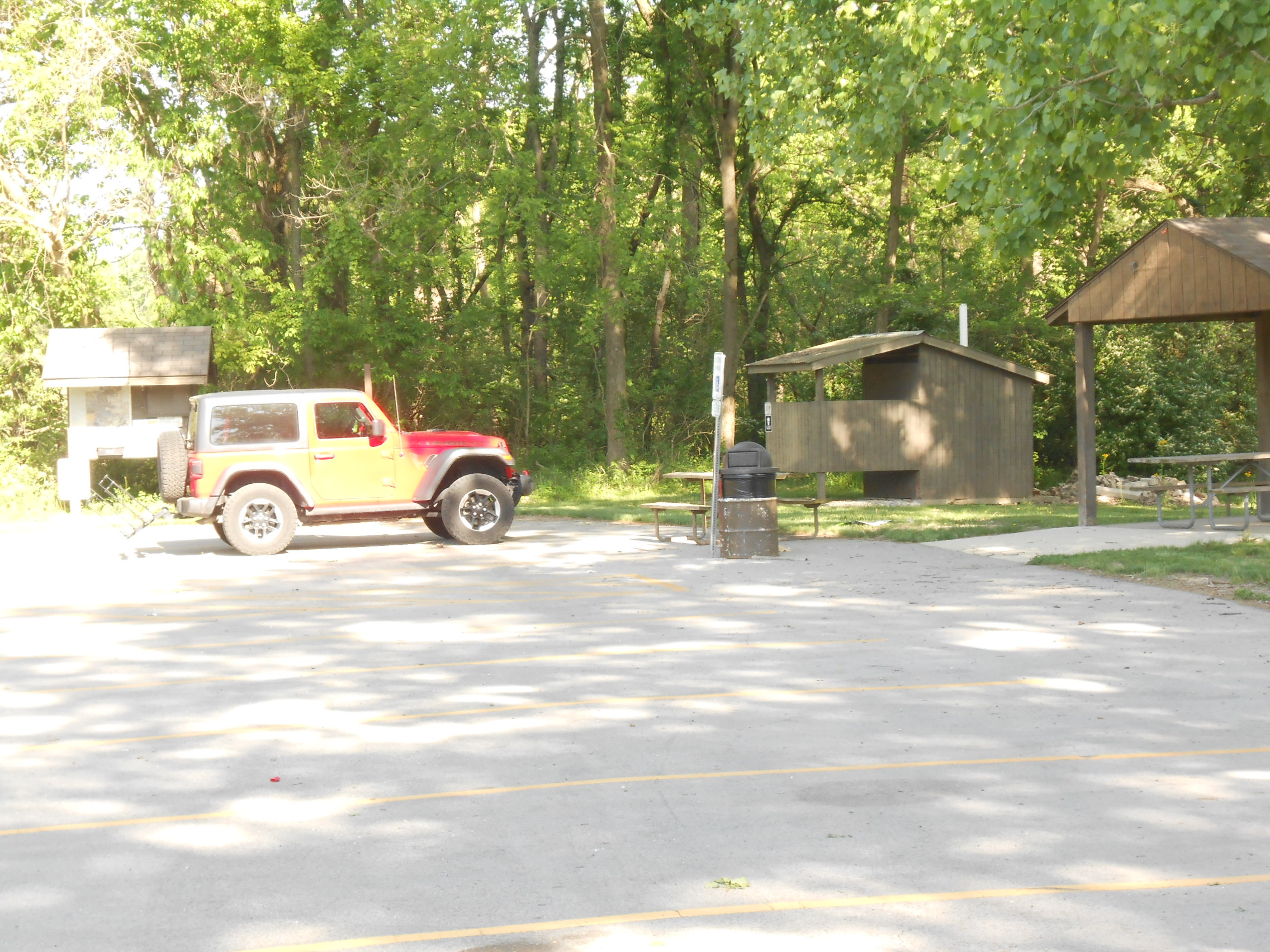 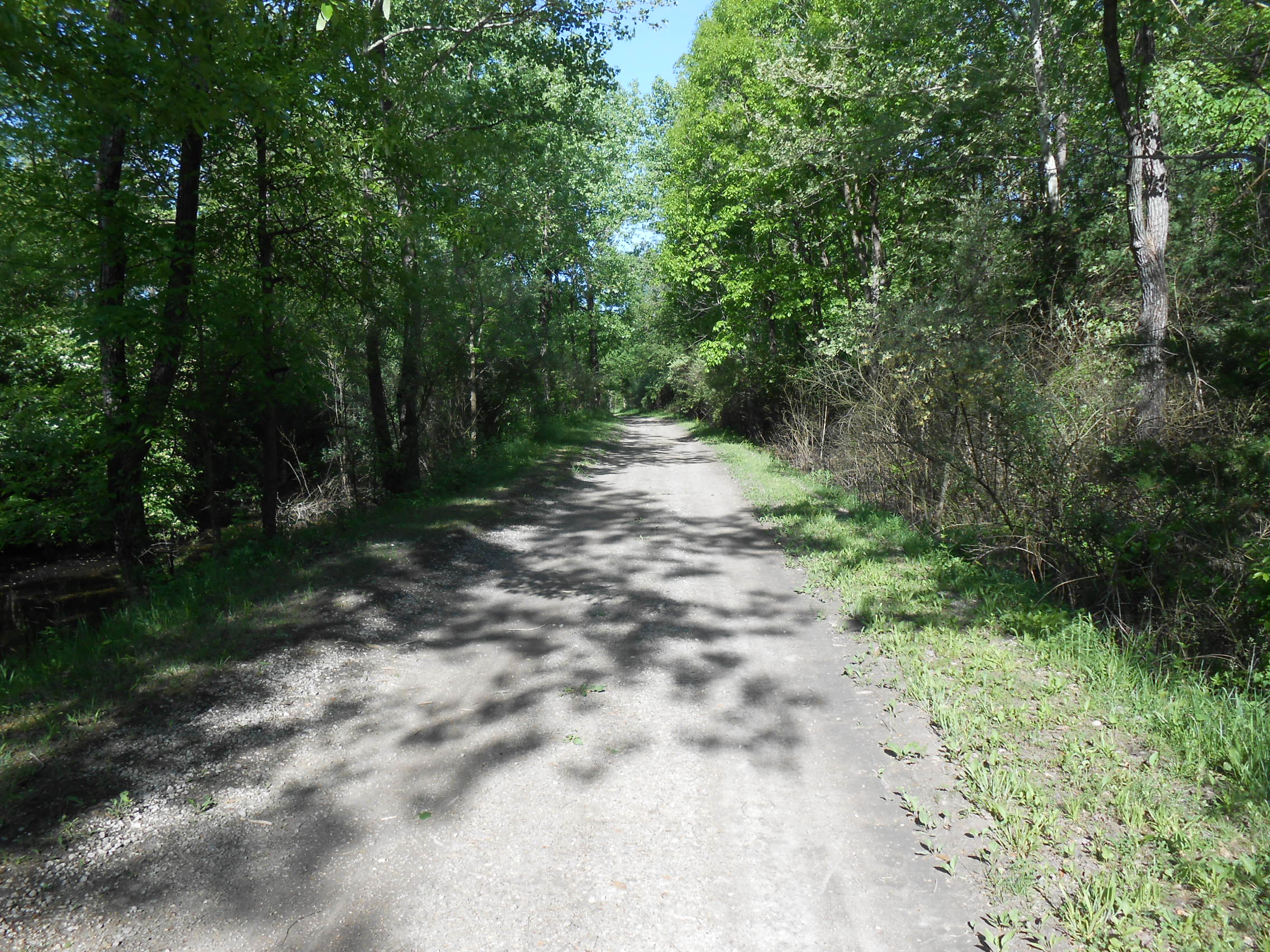 Rolling out on the Haul Road

The trees were a welcome change from farm fields  (later, that opinion would become modified) 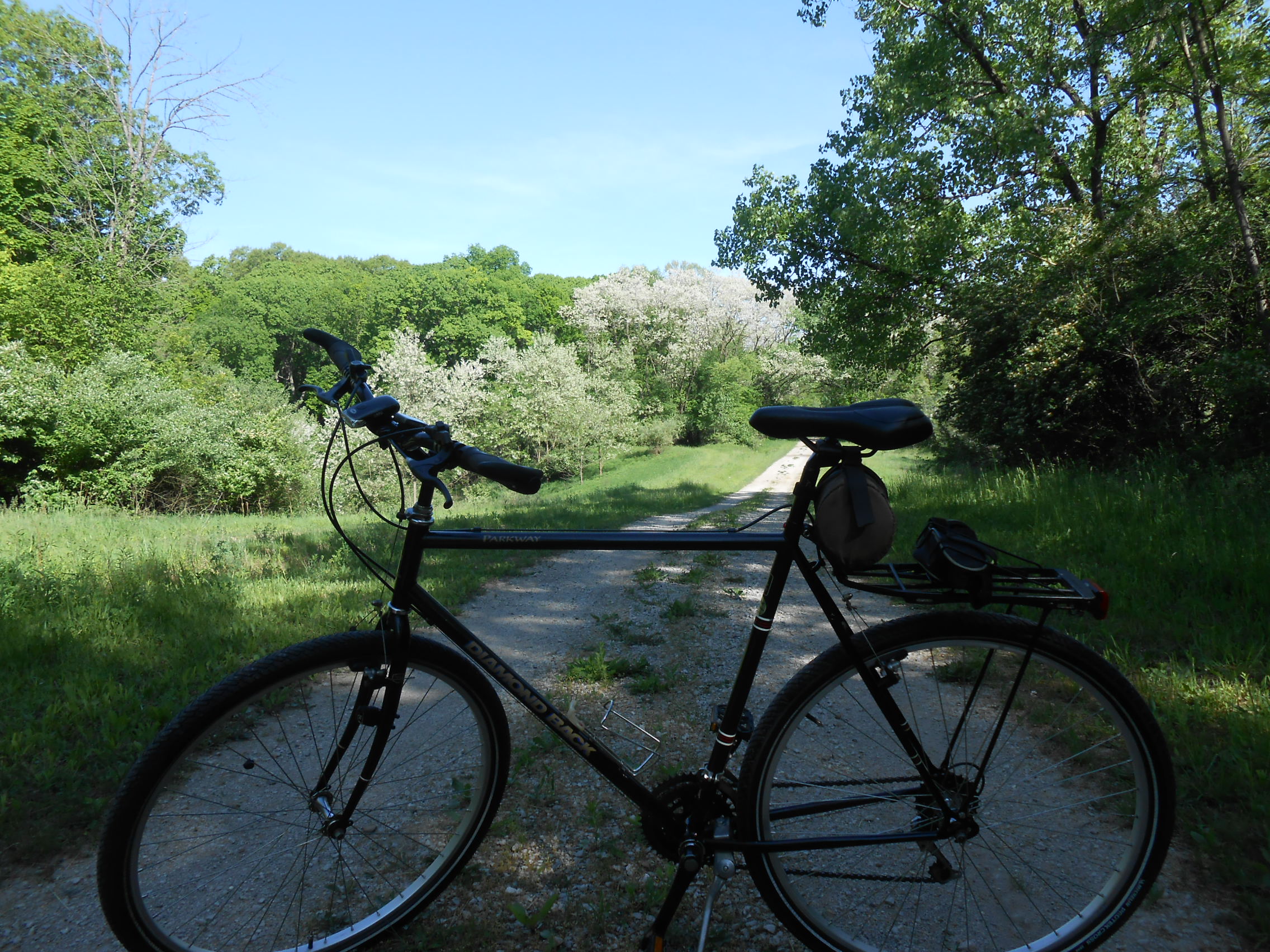 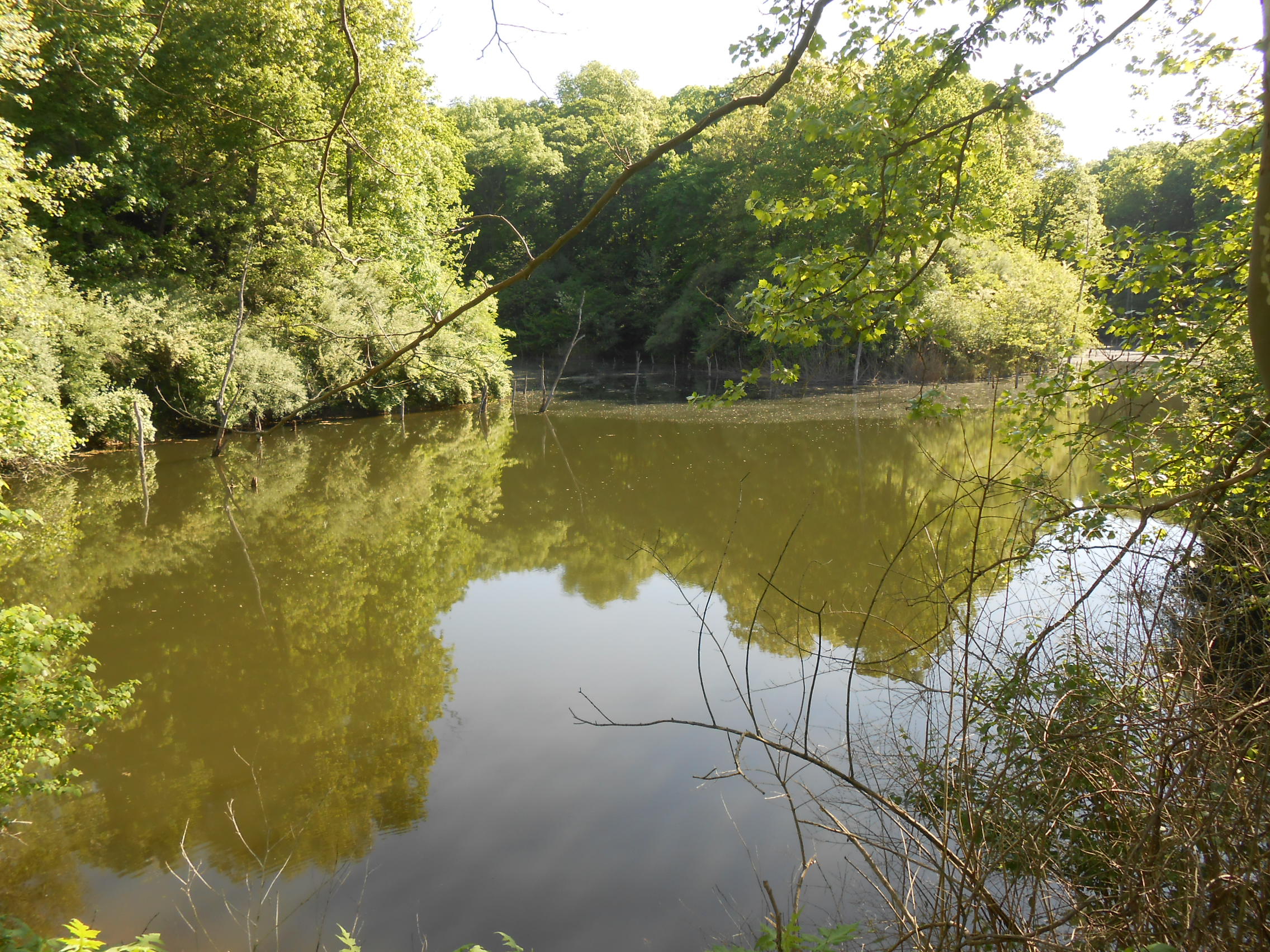 Pond in the last place coal was extracted 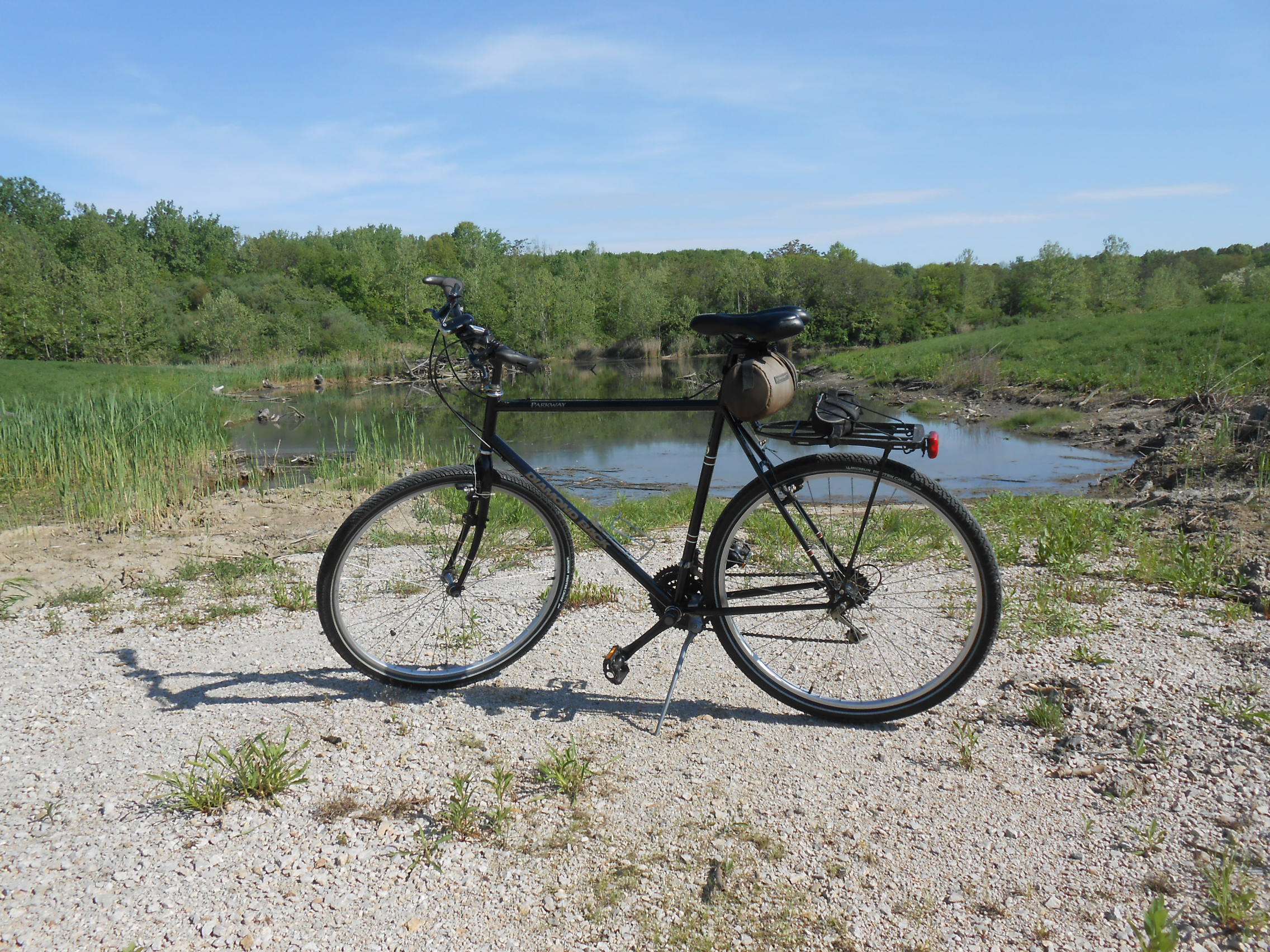 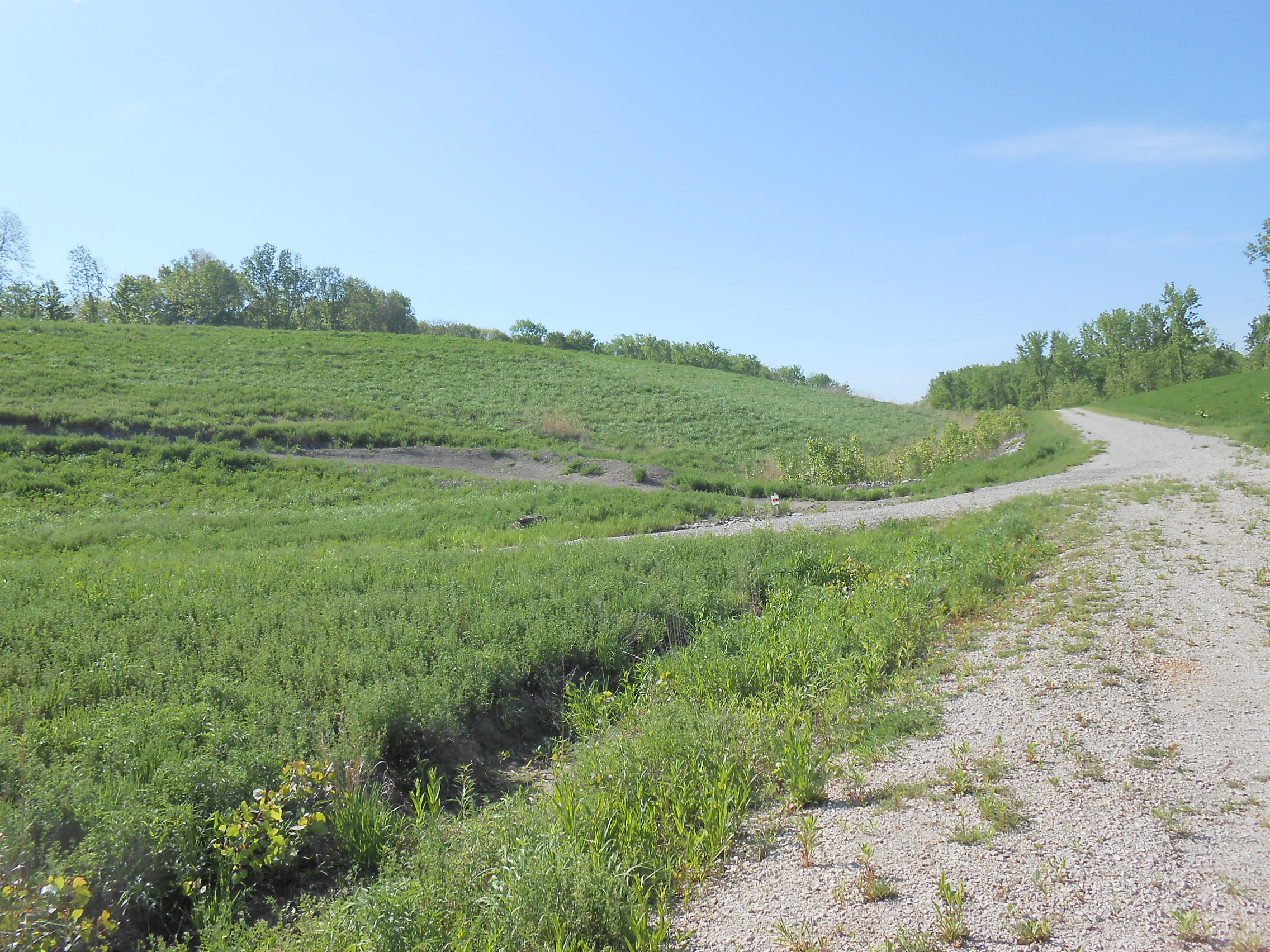 Spoil piles where the more technical trails are located 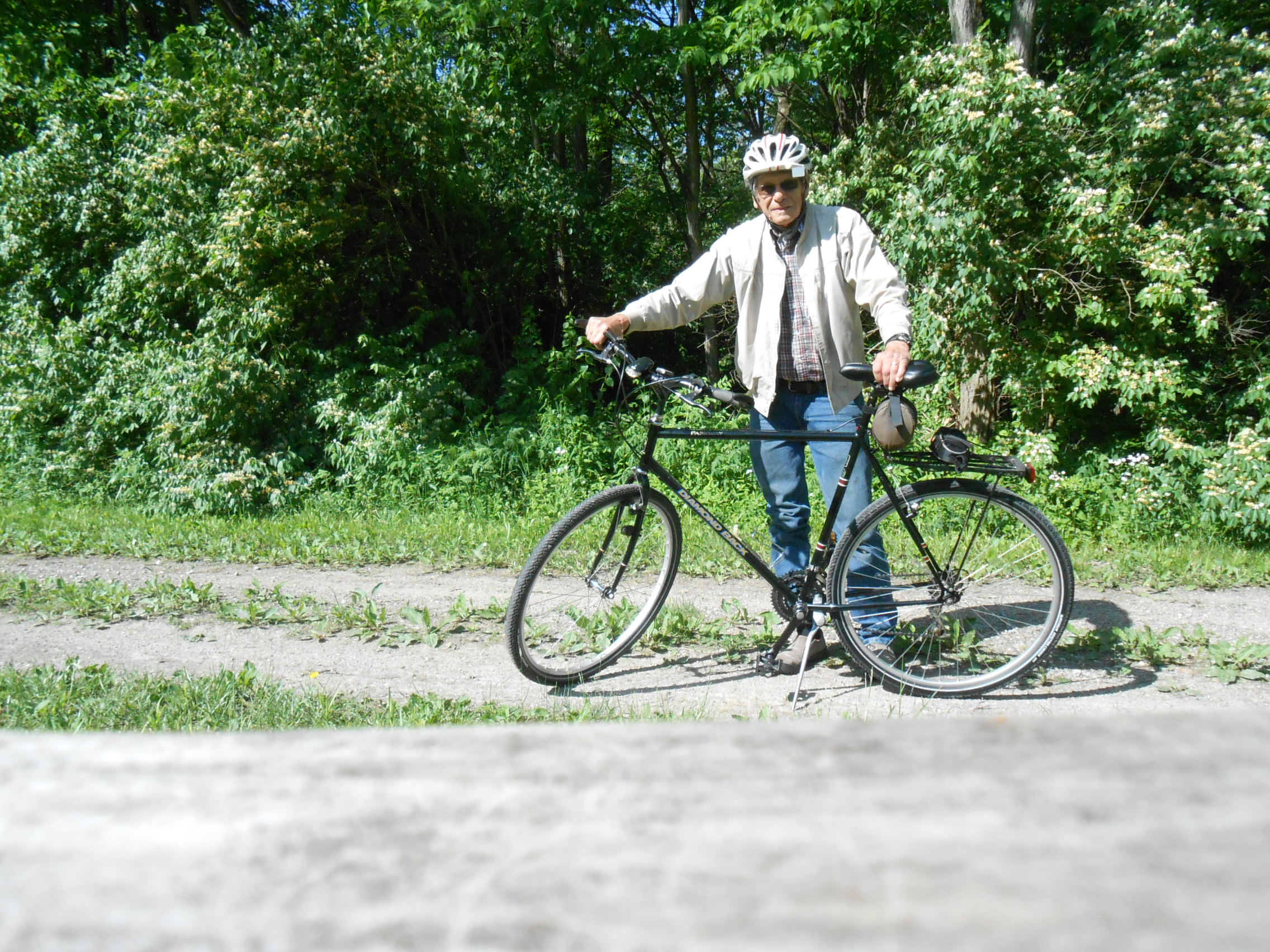 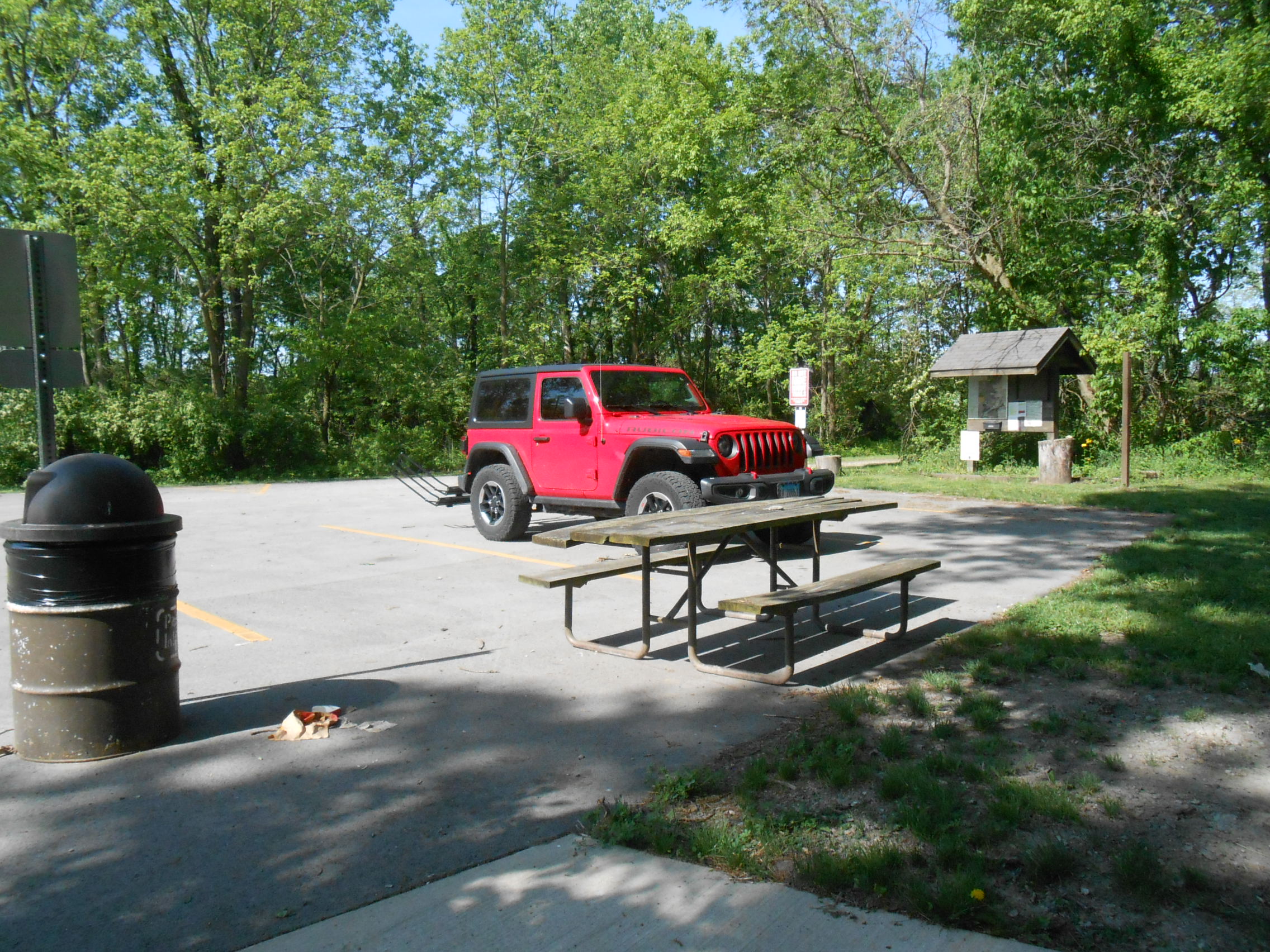 Return to Trailhead to decide what is next

Trail 1B appeared to be an easy one 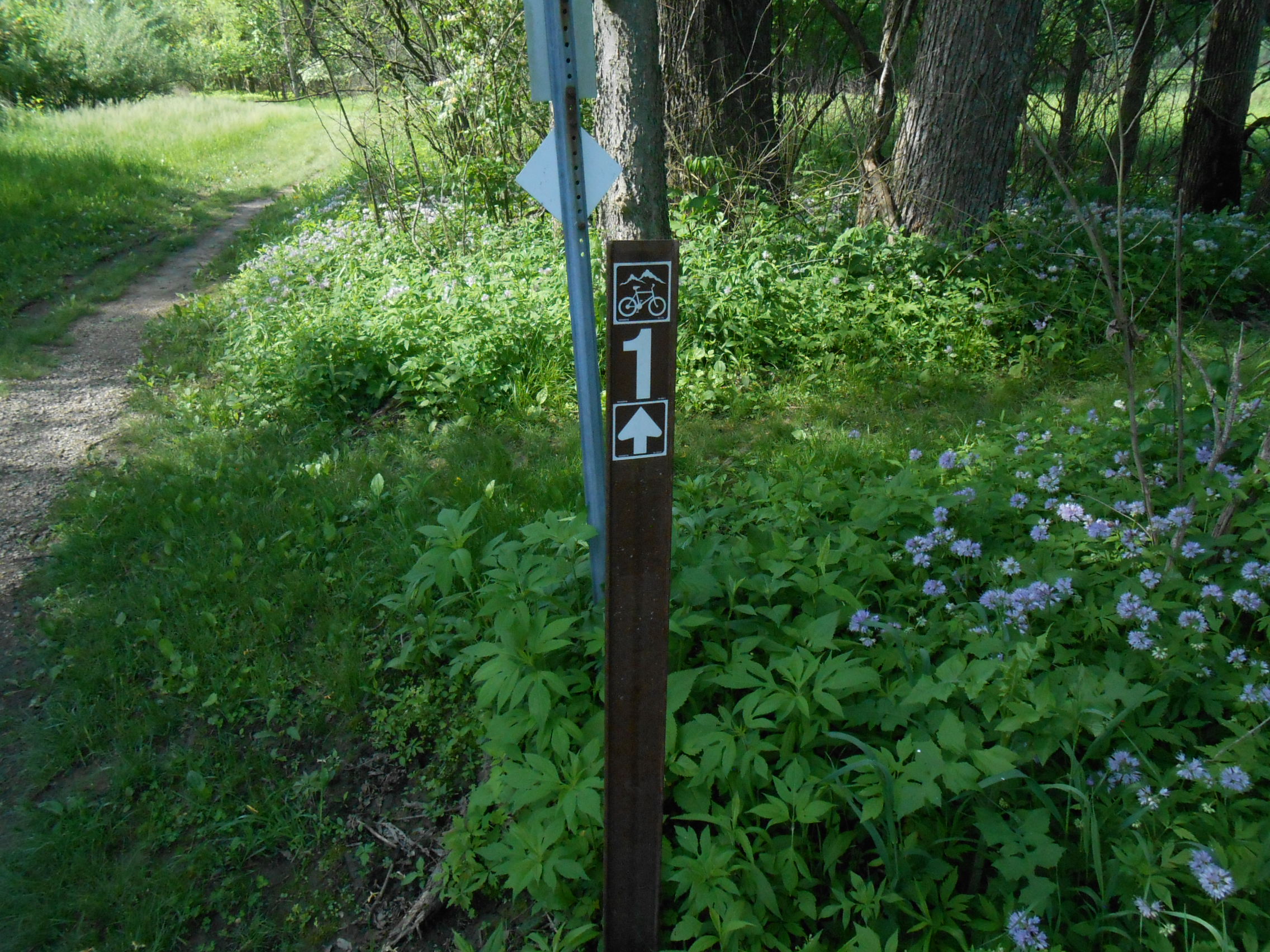 1A being longer and a little more rigorous, I stayed with 1B

Both are one way single track 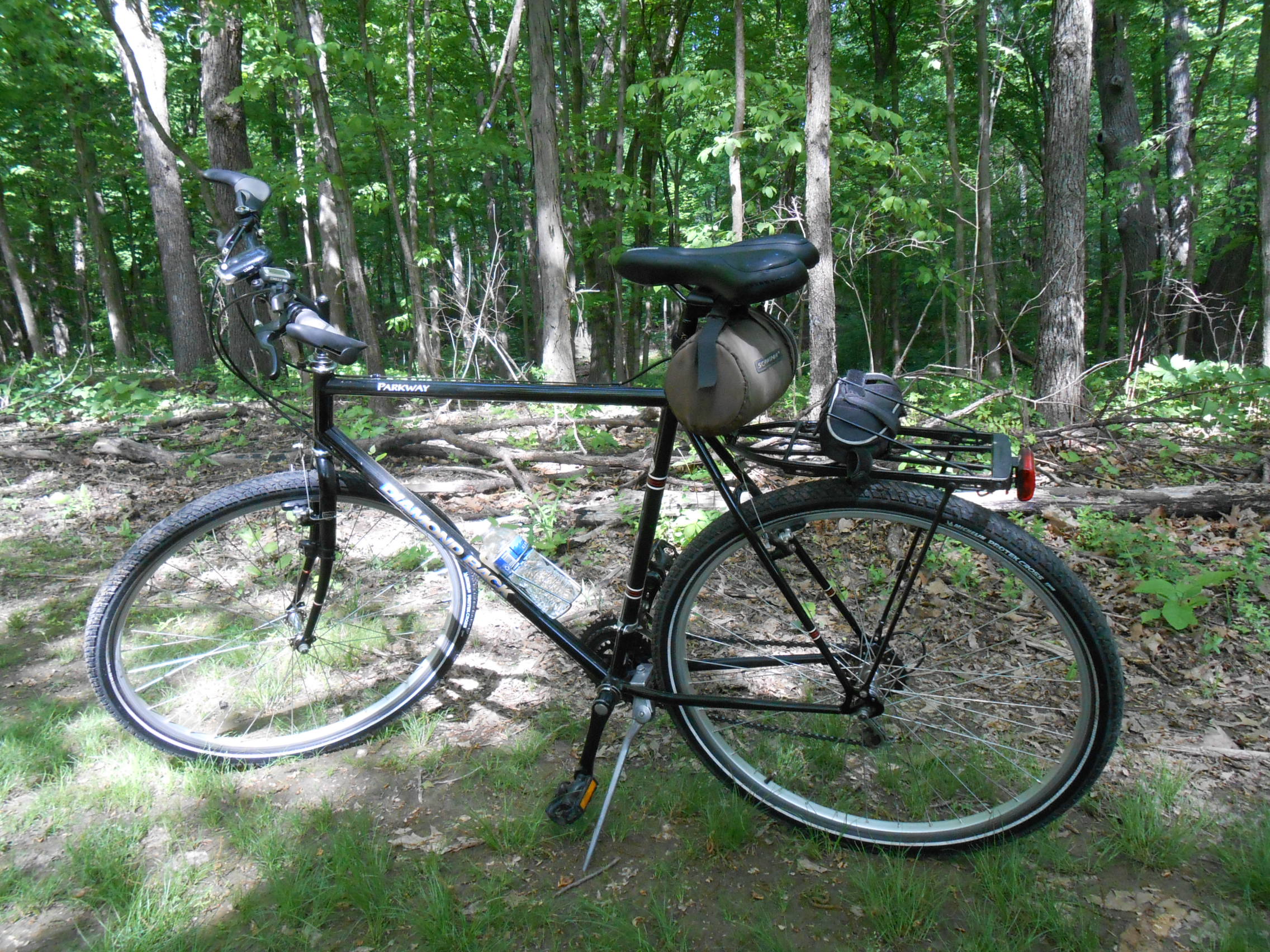 Wishing to get some views of ponds, I began to appreciate Greg’s disdain for view blockers 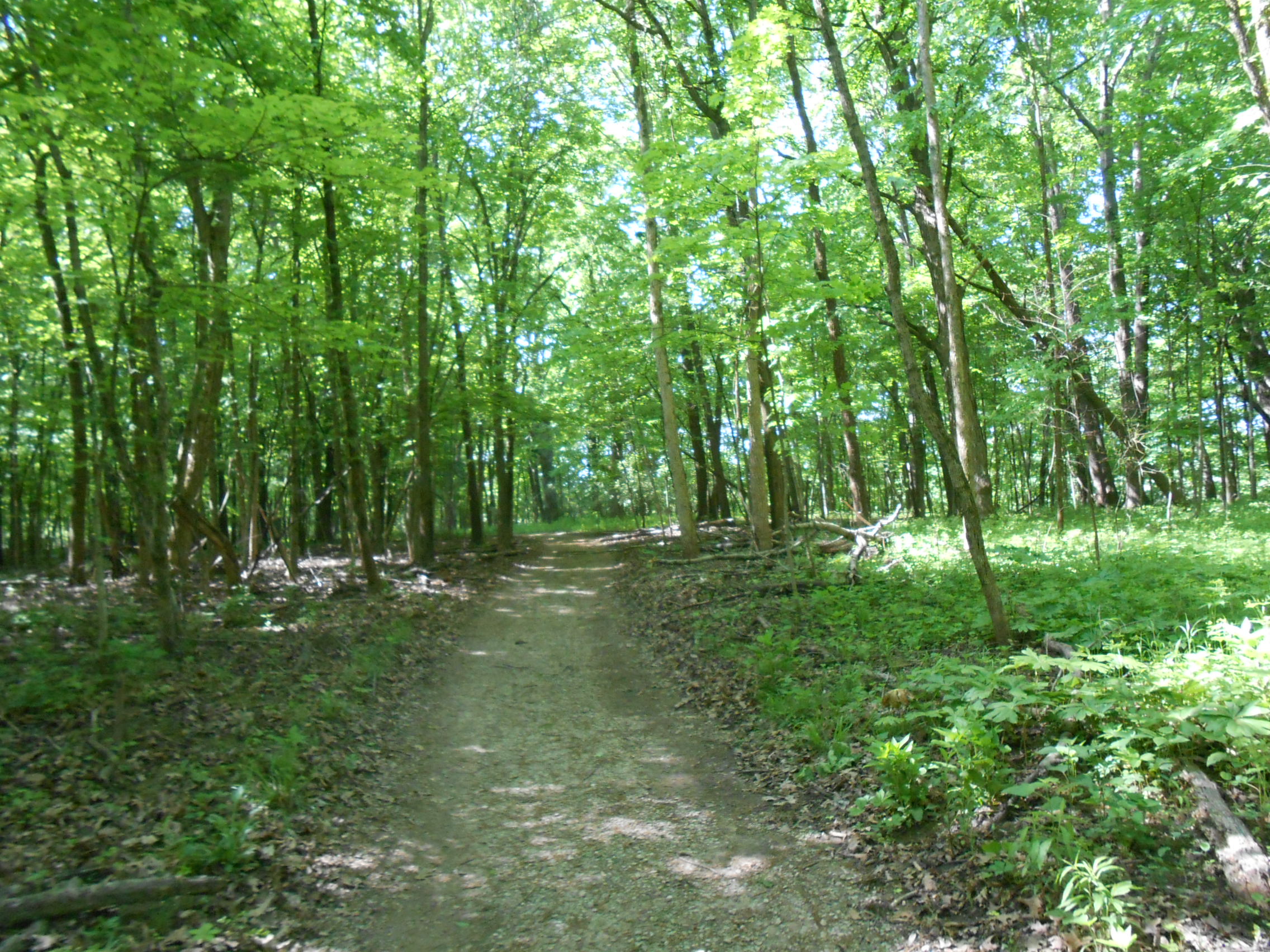 Typical scene along 1B

Loaded up the Diamond Back and headed into Kickapoo Park 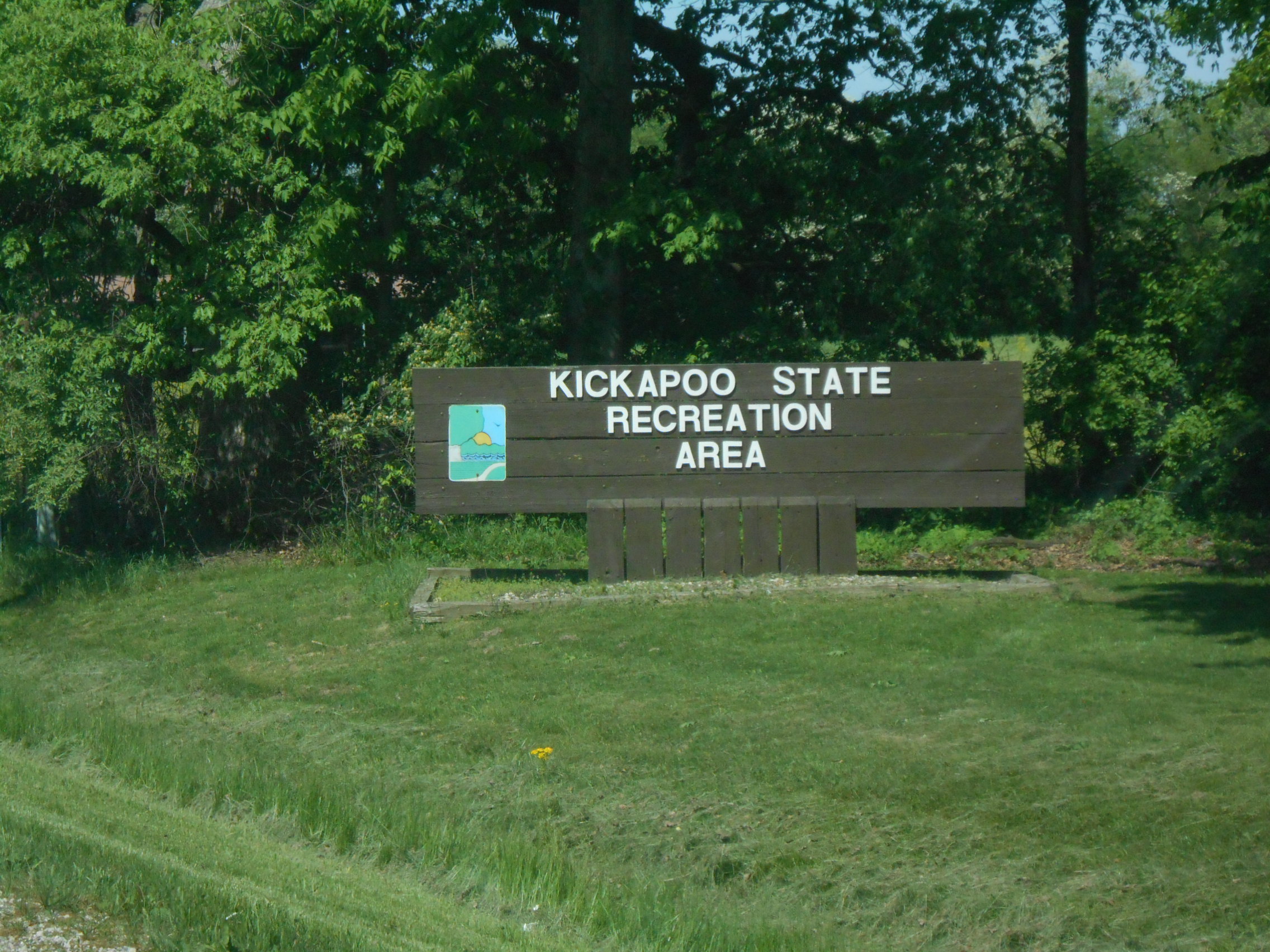 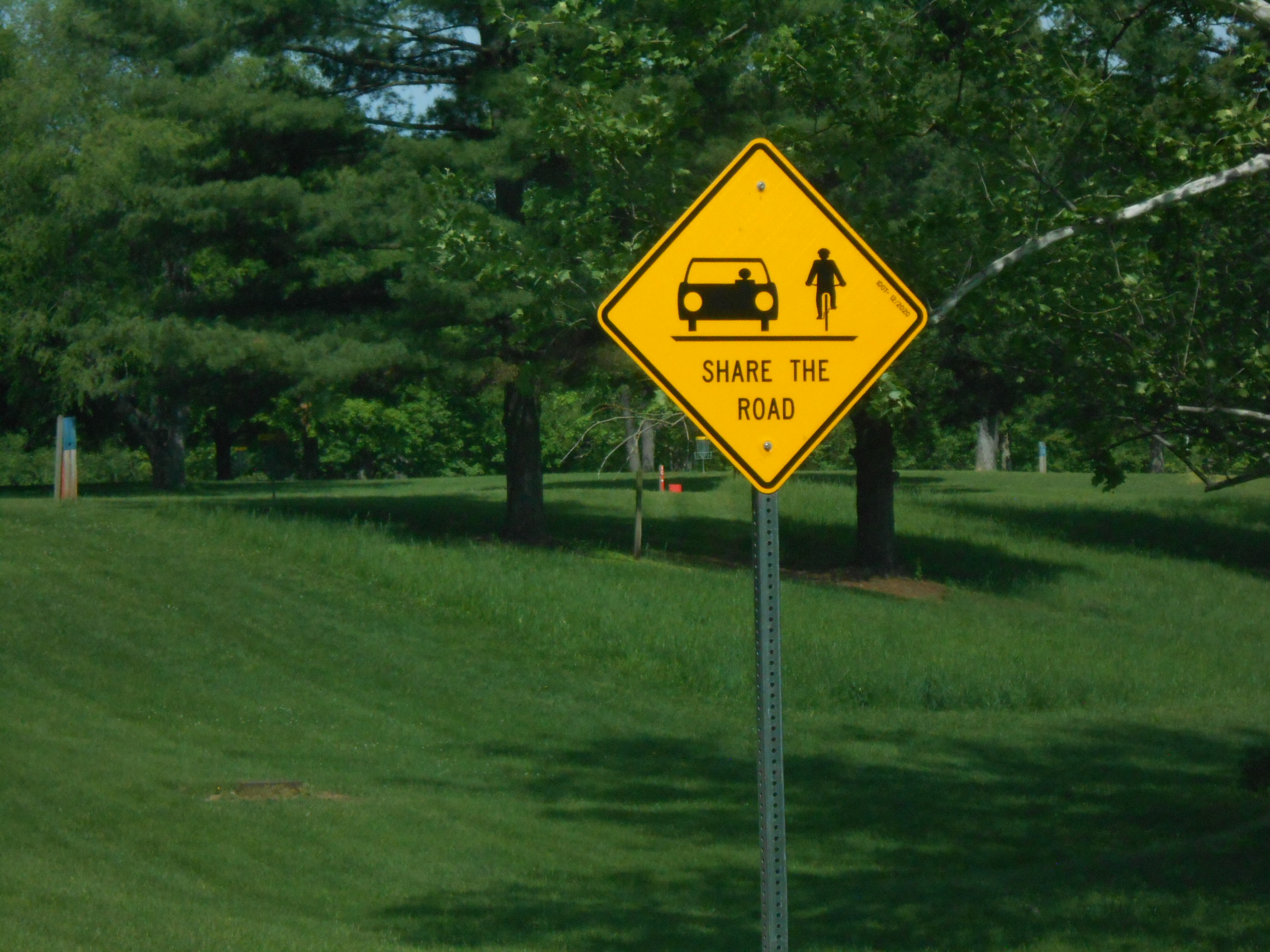 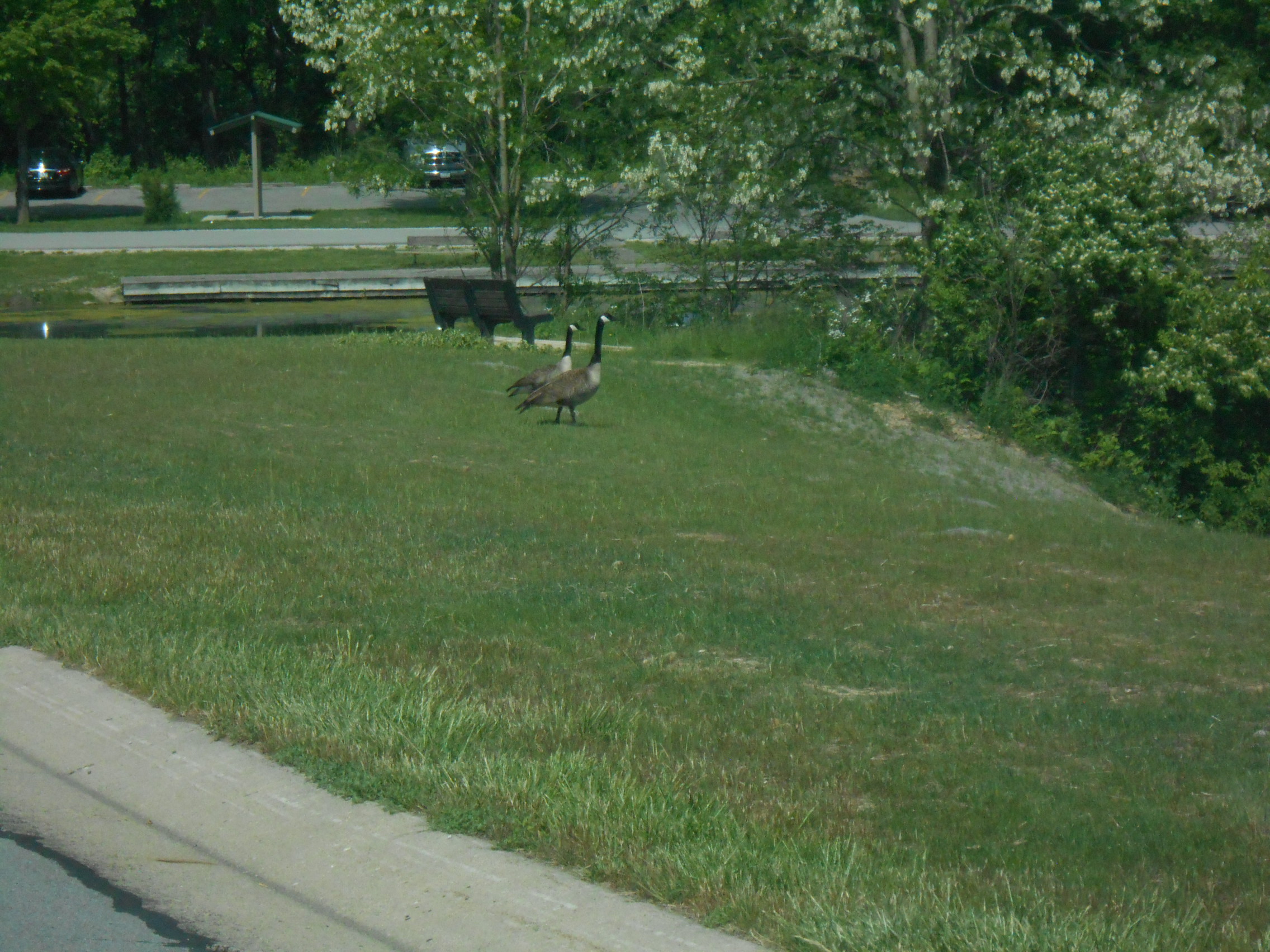 Geese whose goslings had just moved downslope out of view

There is a connecting road to the Vermilion County Fairgrounds, it is blocked to vehicles but a bicycle could get thru to access the Kickapoo Rail Trail from the park — eventually the rail trail will enter

Tree work blocked my attempt to get through, so took the long way around by county roads and US highway 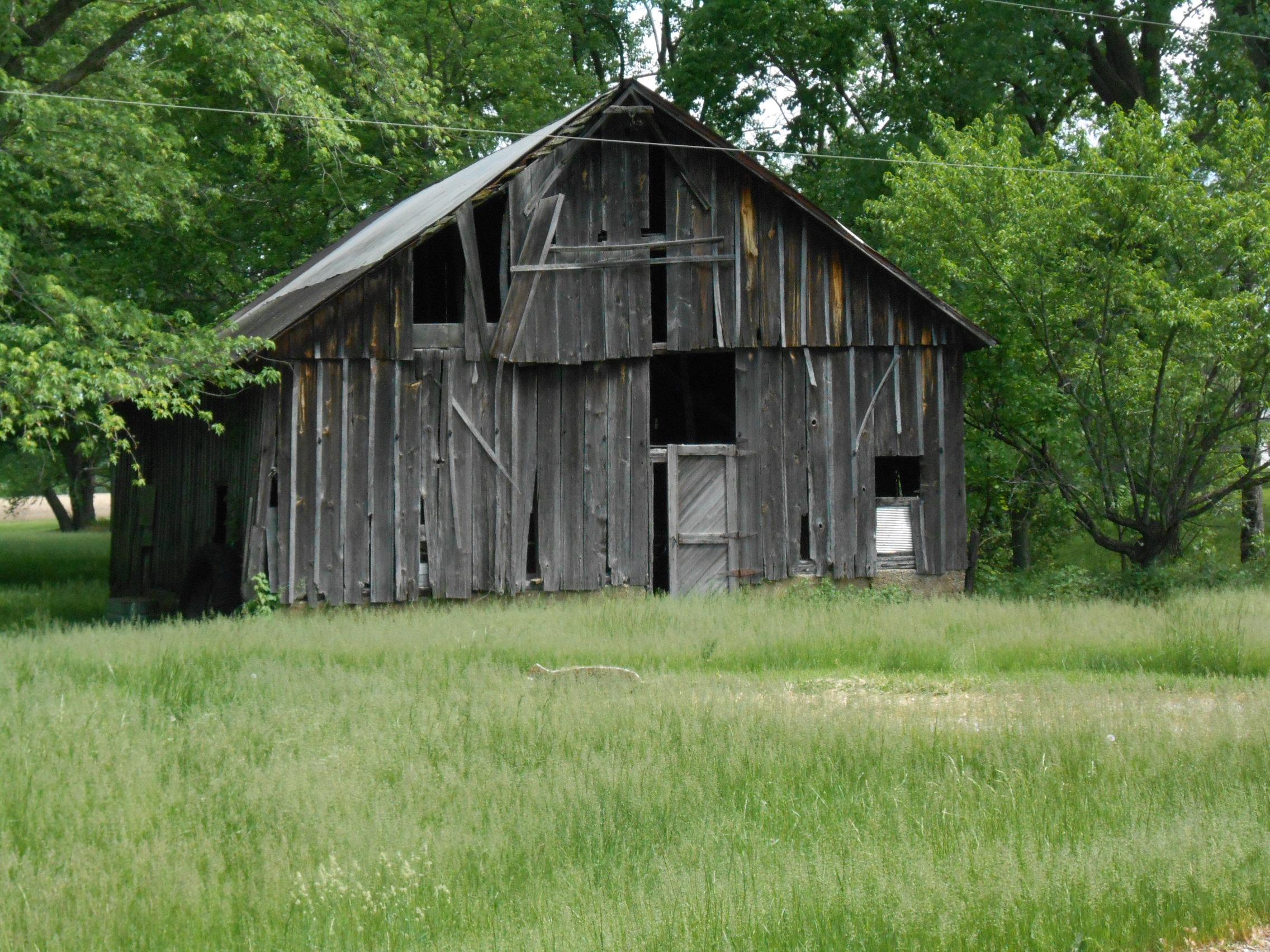 Barn along the Park Road 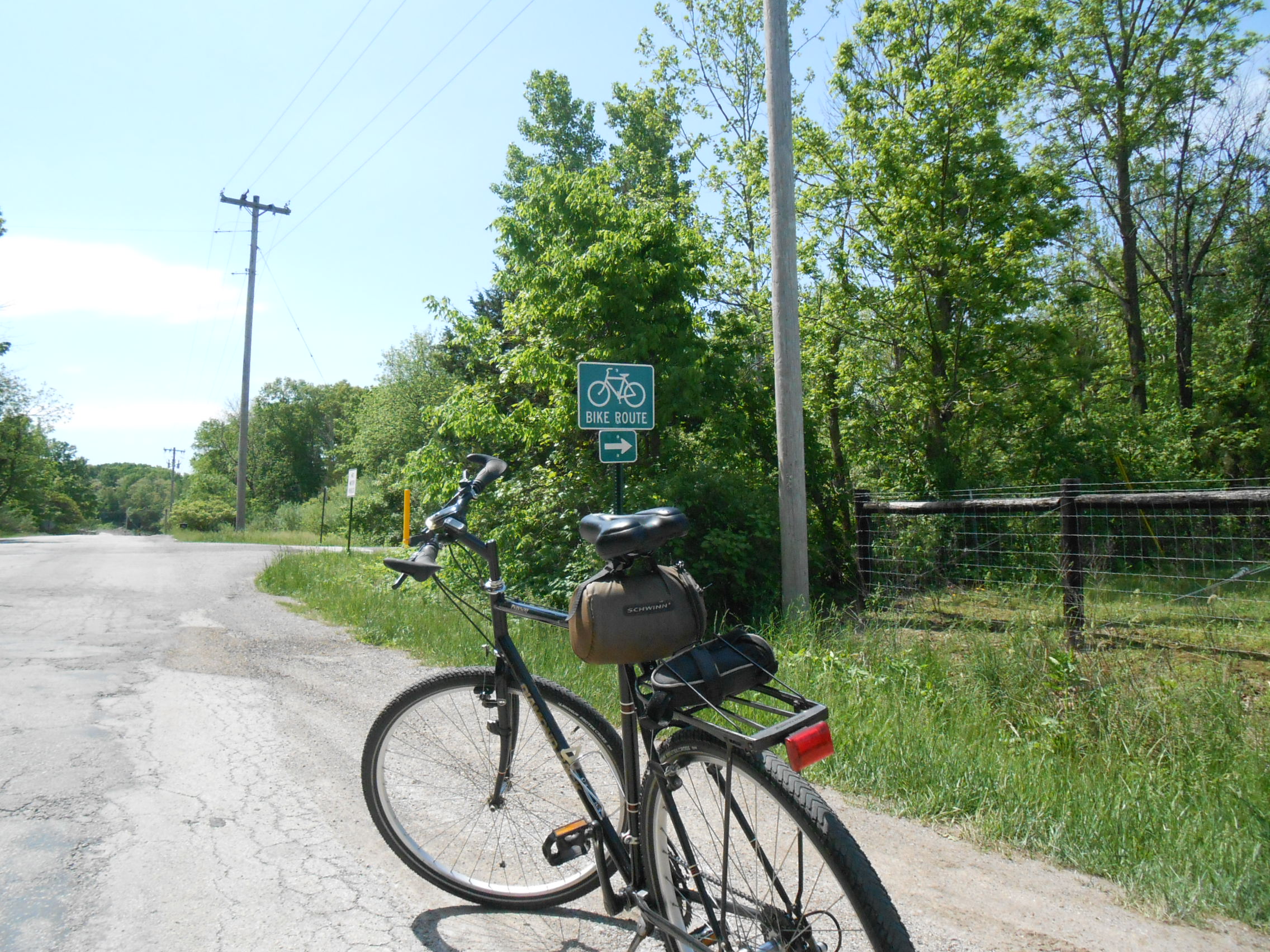 Present start/terminus of the Rail Trail

At this time, this section continues west for 3 miles to Oakwood, IL

It will eventually run 25 miles to Urbana, IL 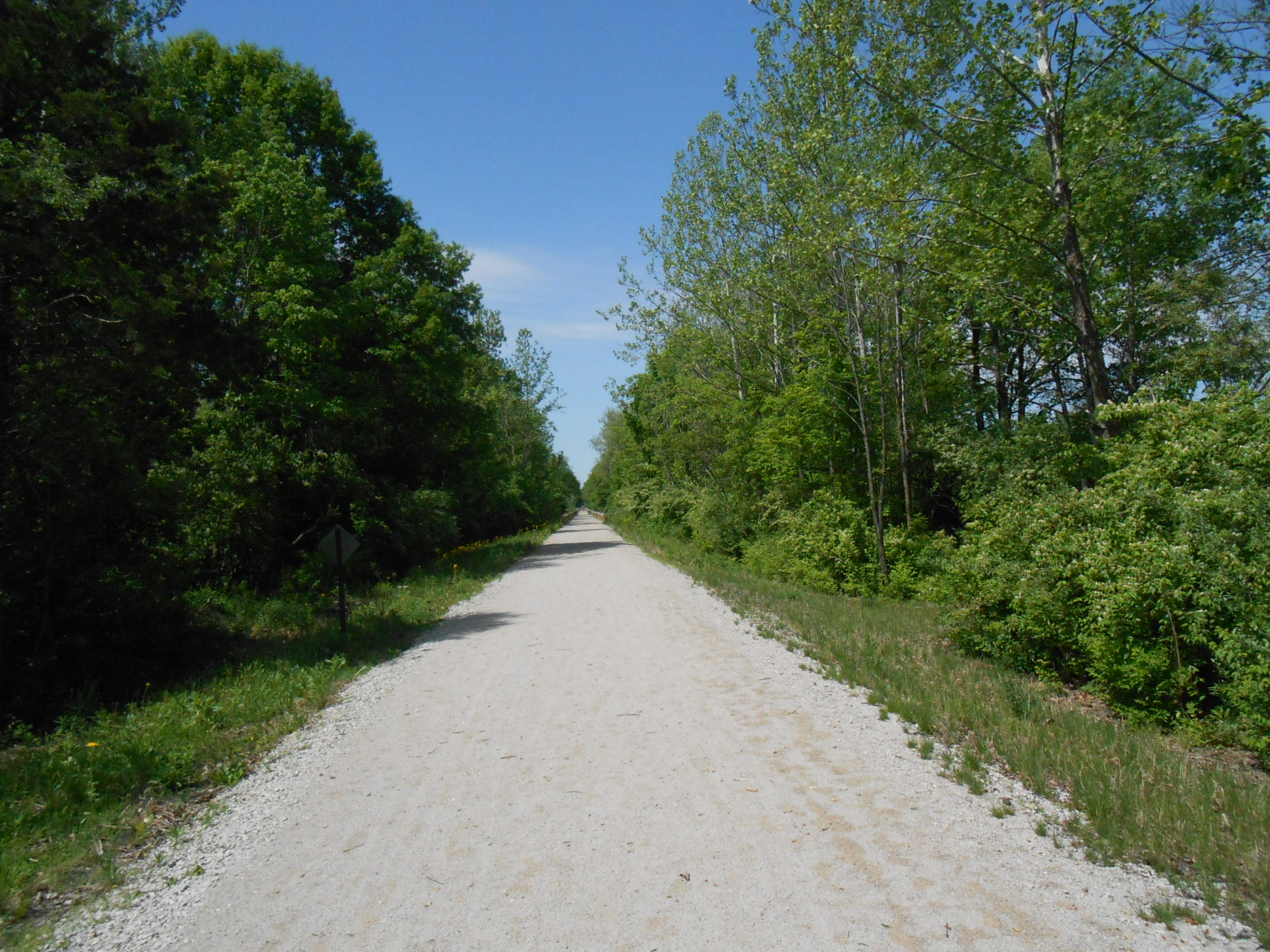 Beginning of the trail looking west 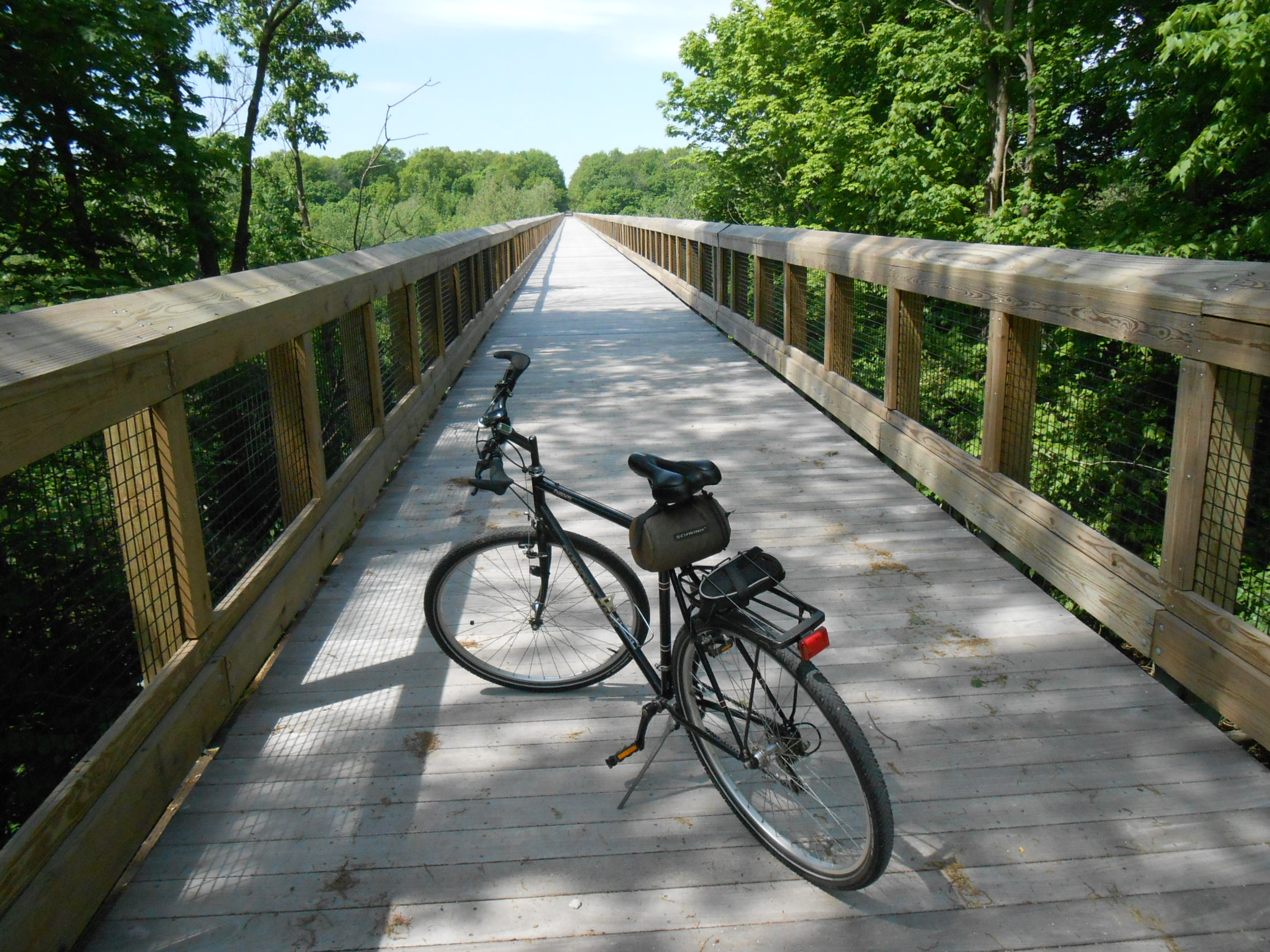 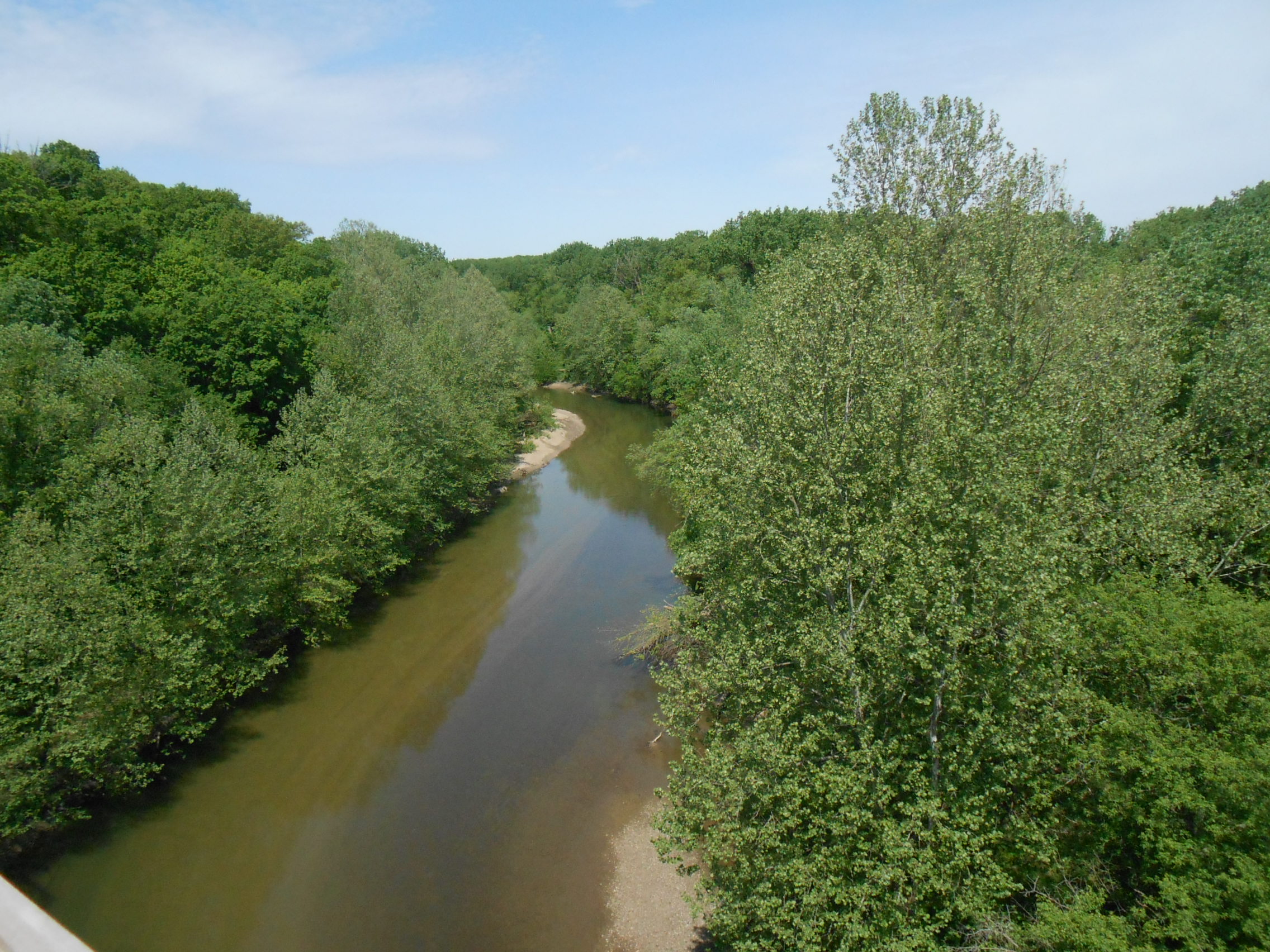 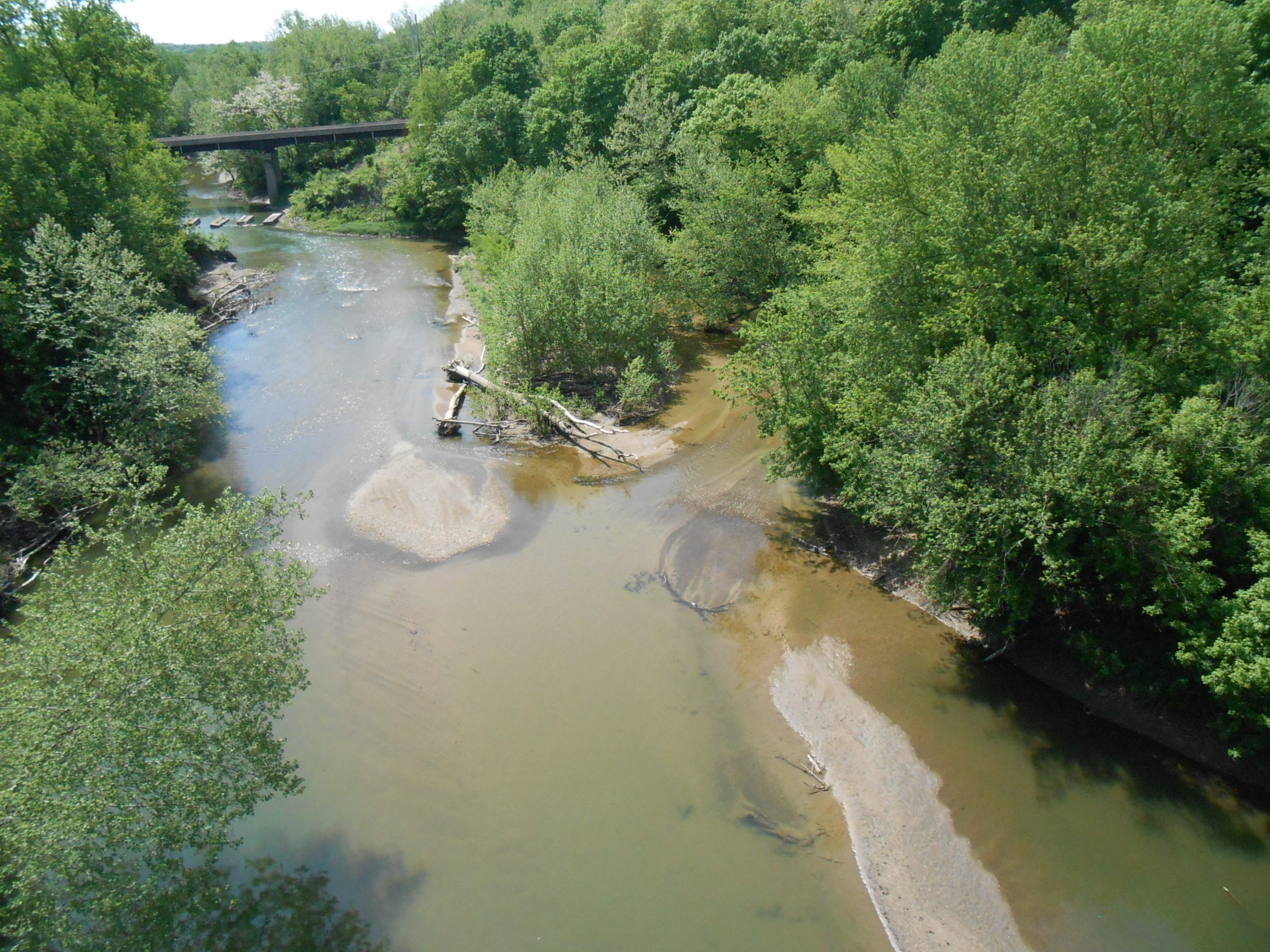 Interstate 74 bridge in the background

It was a good experience and I really enjoyed it.  The easier trails made it even more so.

Having seen videos of the more technical trails, the is just no way that would be possible.  I lack the proper bicycle, and mostly the stamina to do that kind of riding

Very much considering returning to do the 1A trail; the others range from difficult to impossible for me

As far as the KRT is concerned, that is a definite.  Starting either in Oakwood or Kickapoo, its only 6 miles out and back right now

The western part of the KRT is now complete from Urbana to Ogden, IL so that is a possibility as well