Back to Kickapoo, this time to ride the entire route around the park

Turns out its only 4 miles, (from where I started) but, lots of scenery and some fairly steep (read very steep) slopes to ascend/descend

Being from the north of the county, steep slopes are not something to be dealt with to any great extent 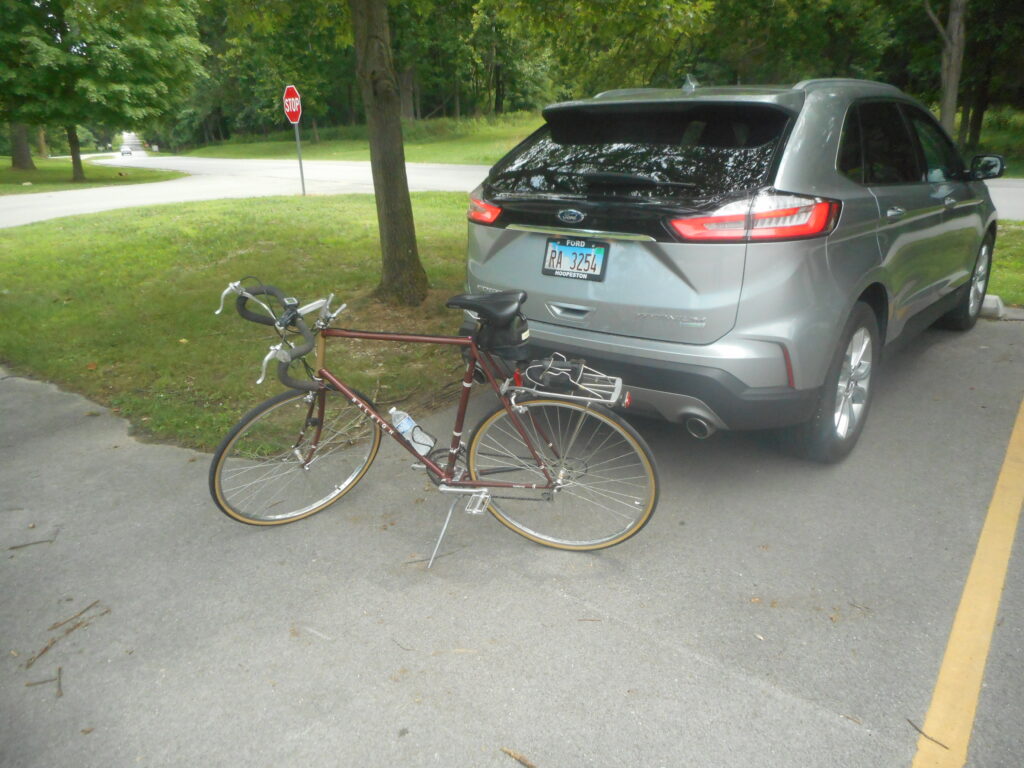 Raleigh arrives at mid-park
Mountain Bike trails are a no way, not even maybe for me
Been there done that — never again 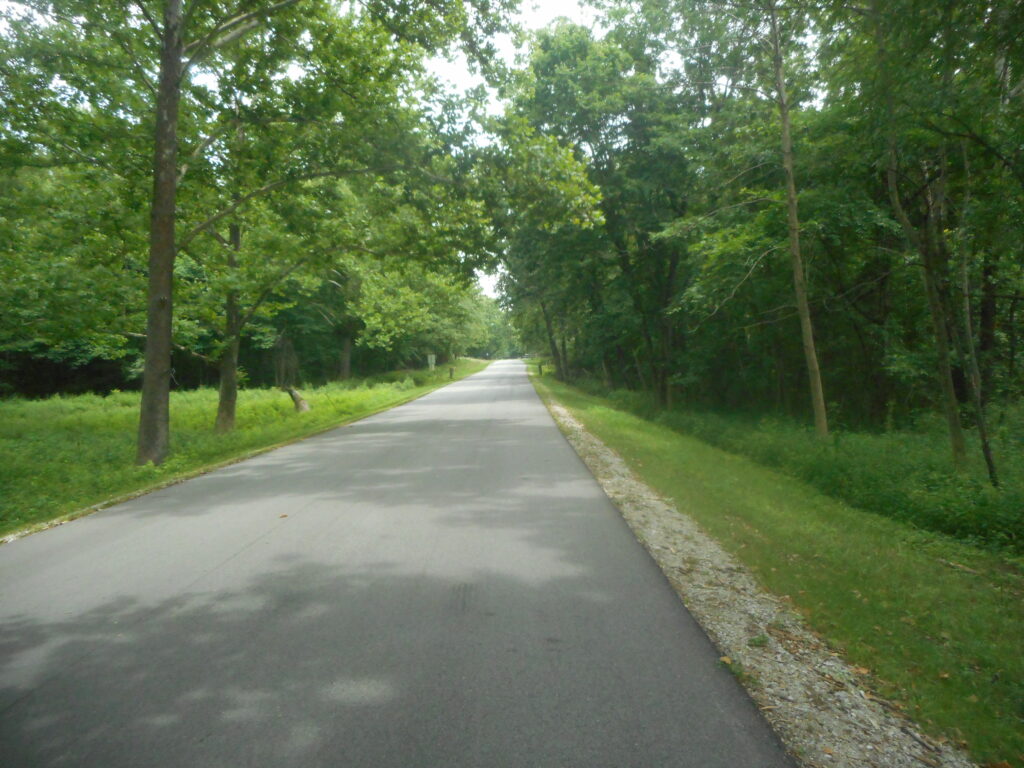 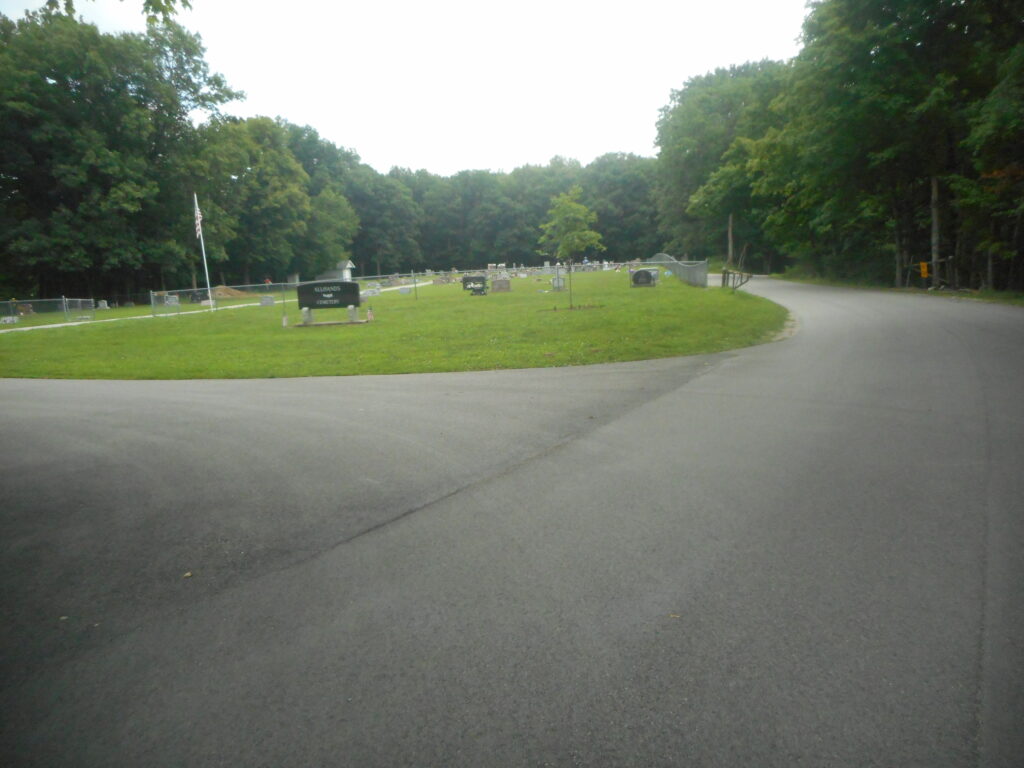 A cemetery is within the park

Still in use today 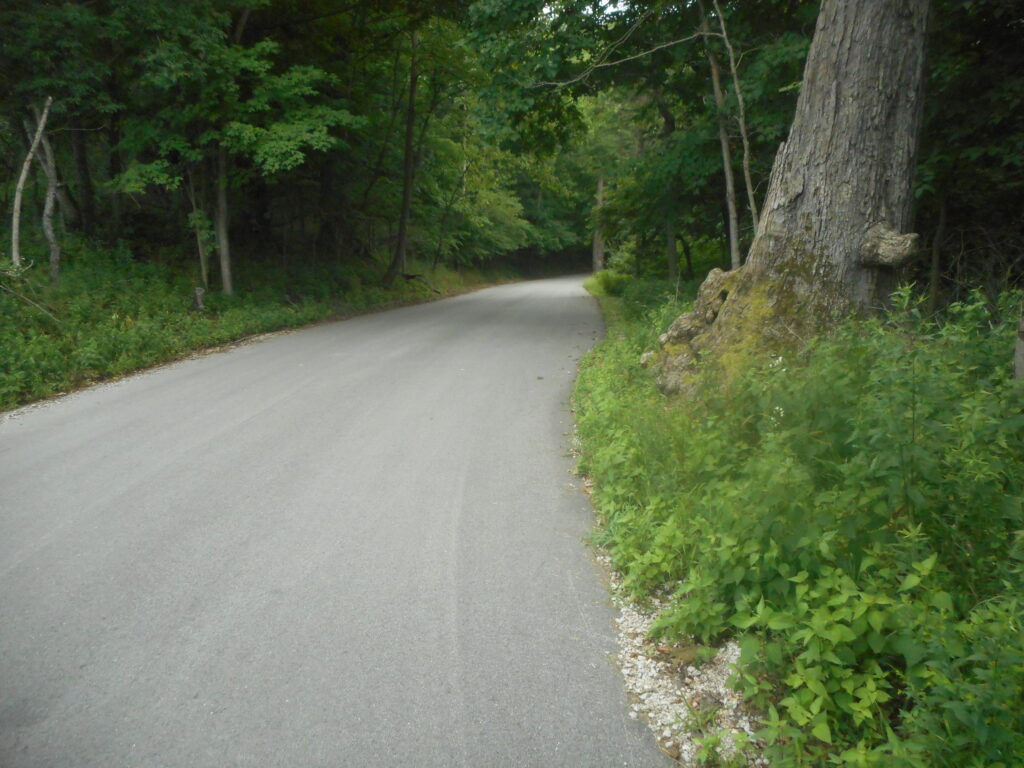 Hands firmly on the brake levers the descent began

Being from the flat lands of the northern part of the county, this is all pretty much new to me — there are some inclines, nothing like this

Immediately after the descent, the ascent began, and became increasingly steeper the higher we went

Changed to a much lower gear, but soon found, not low enough

(The 18 speed Diamond Back was looking pretty good at this point!)

As I was inching my way to the top, two cyclists I had seen just minutes earlier went scooting past me, calling out “You are a tough guy”   Heh!  How little they know

At the top, oxygen depraved, many deep breaths resolved the issue 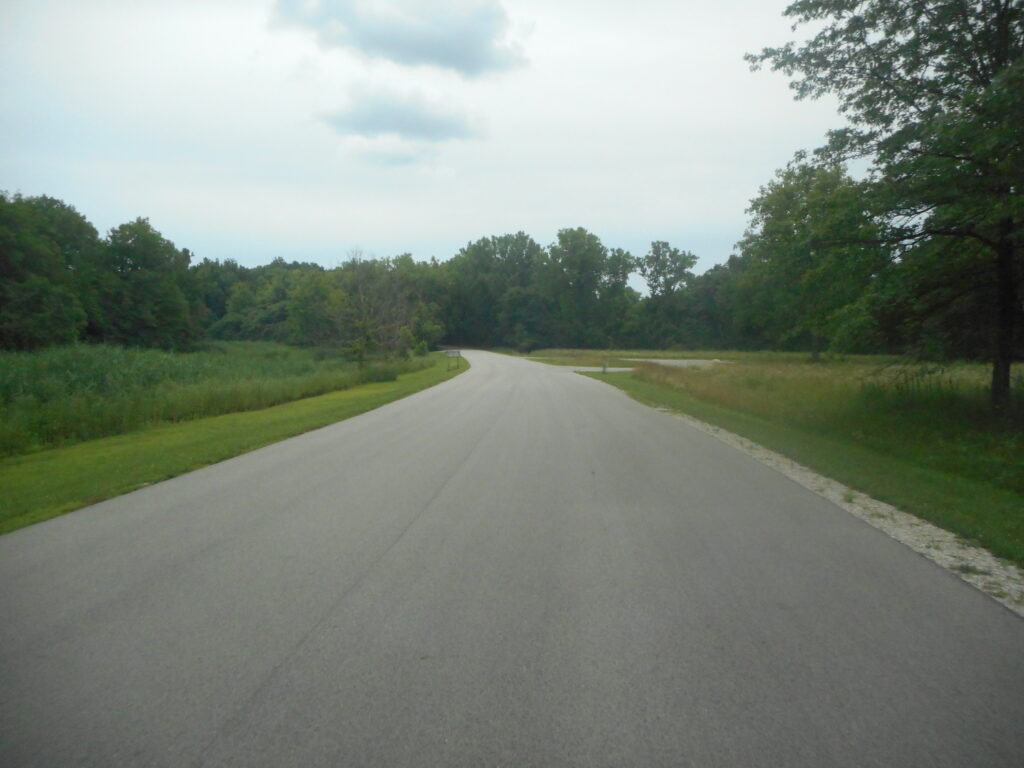 The road flattened out and 02 levels regained homeostasis 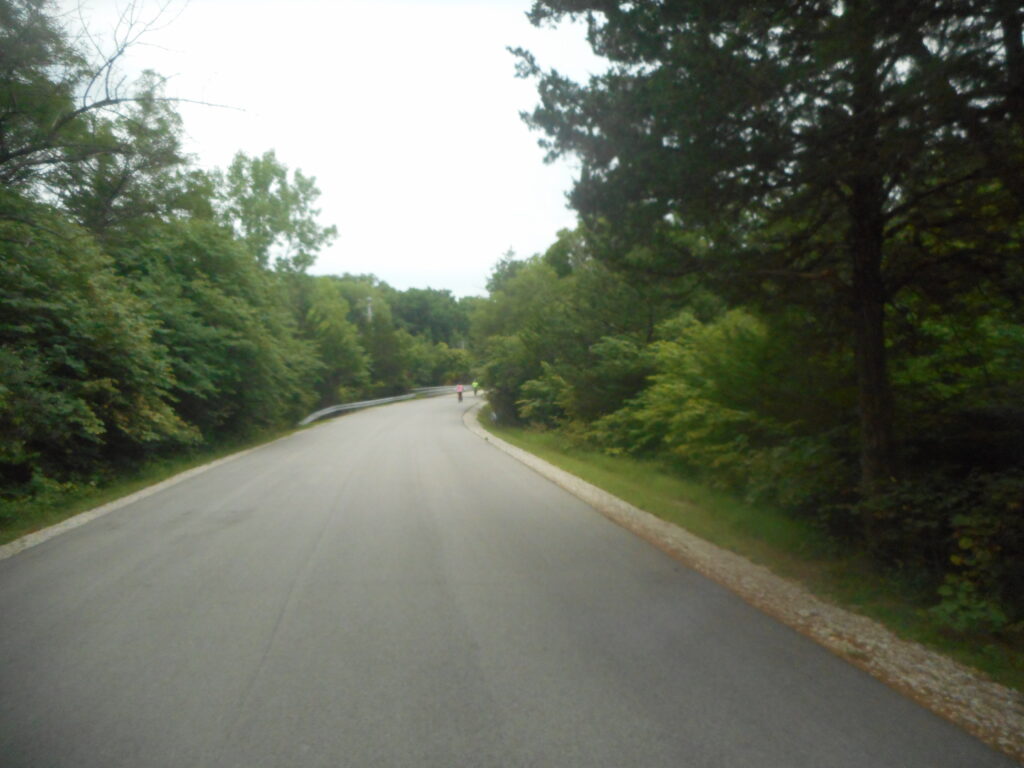 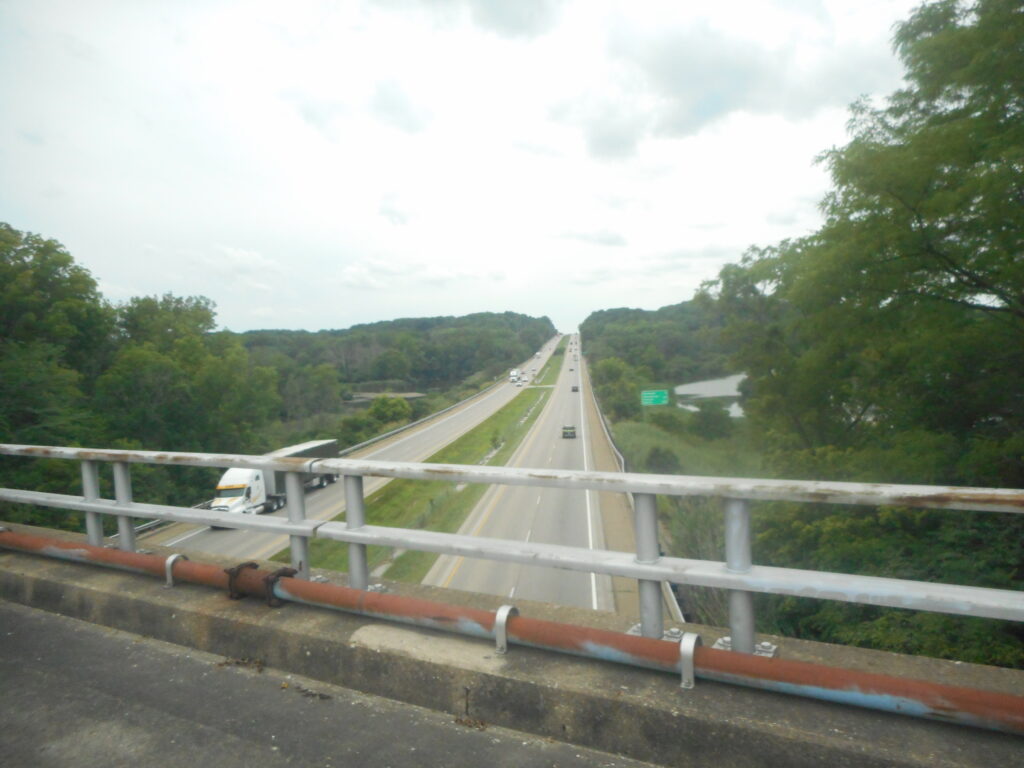 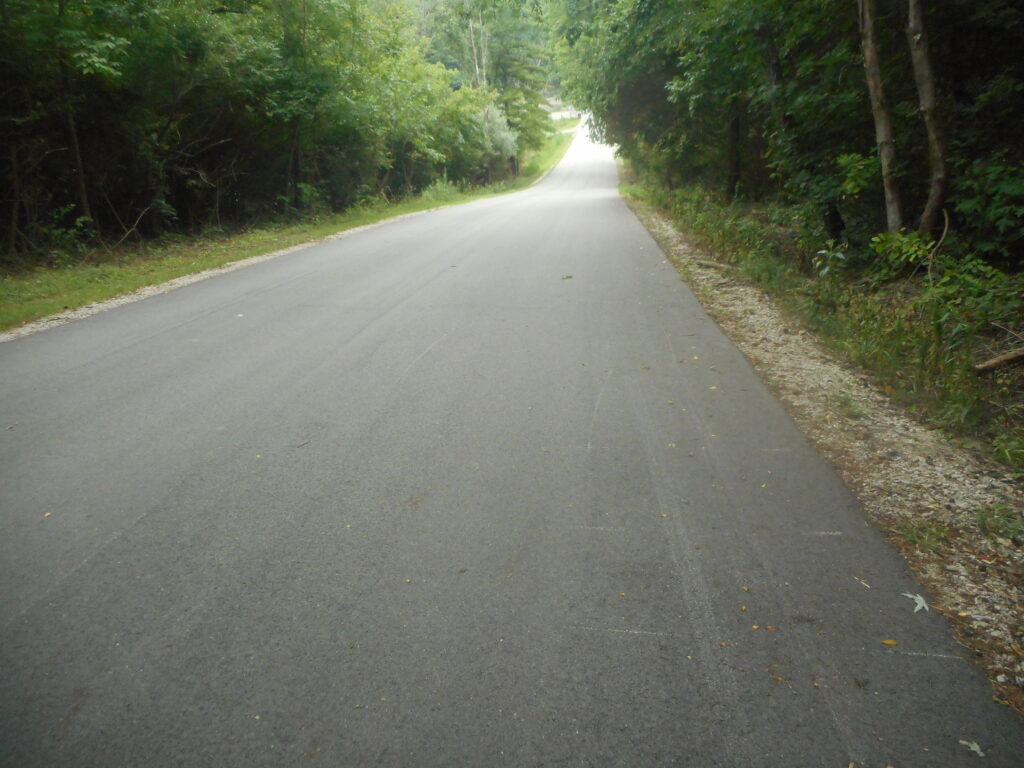 A descent even steeper than the first one

Made the mistake of stopping just after I started down, stepped off onto steeply dropping pavement, and damn near went over

I had looked at this from the downhill side on another ride, this on the Diamond Back, and turned around, no way I’m climbing that 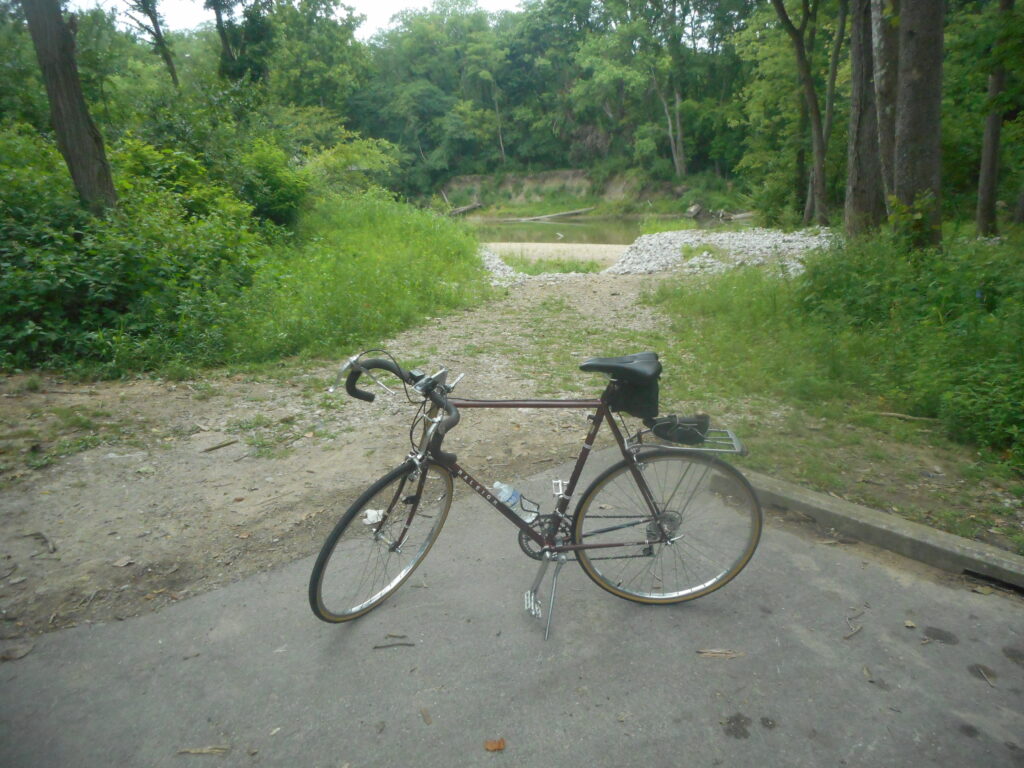 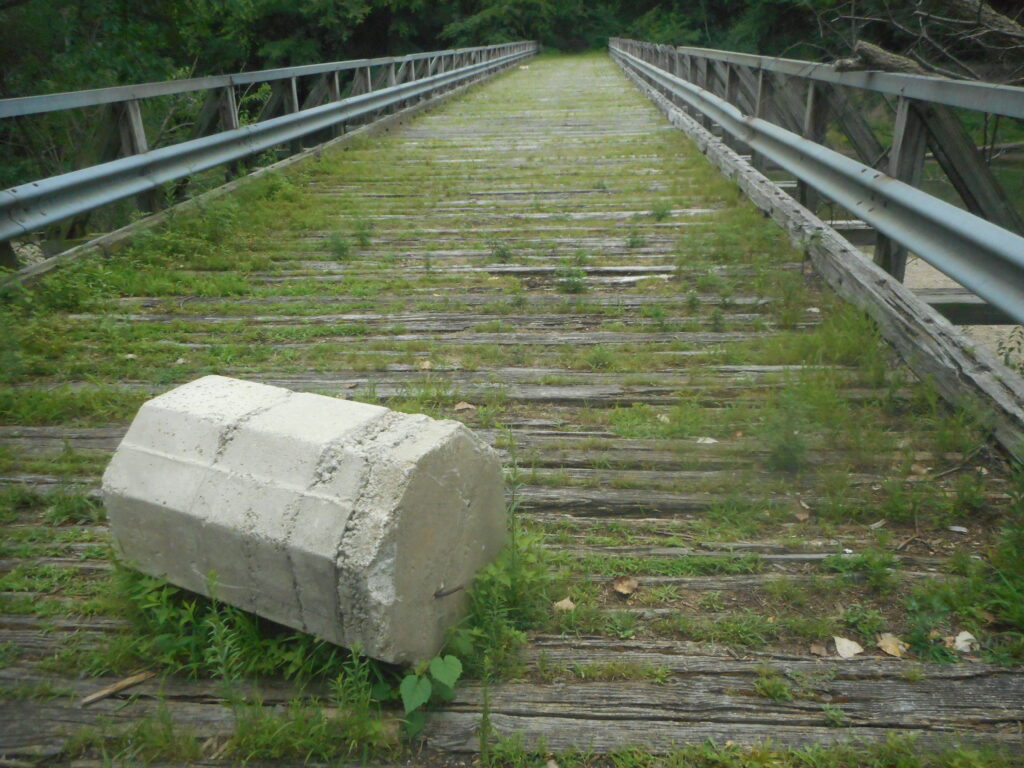 Bridge no longer safe for vehicular traffic — the cyclists were told at park headquarters, if you venture out on it, stay on the edges!

The cyclists are on a coast to coast motorhome tour and ride their bicycles in the campground areas.

From Oceanside, California and on their way back via MIchigan and Montana

They were riding e-bikes, which explains several things

They mentioned that without e-bikes they wouldn’t be out here at all, which is proof positive that e-bikes should be and in many cases are welcomed into the cycling community

(ahem, even that other guy is considering amending his ban on them)

Very nice people, in their 70’s and having a great time 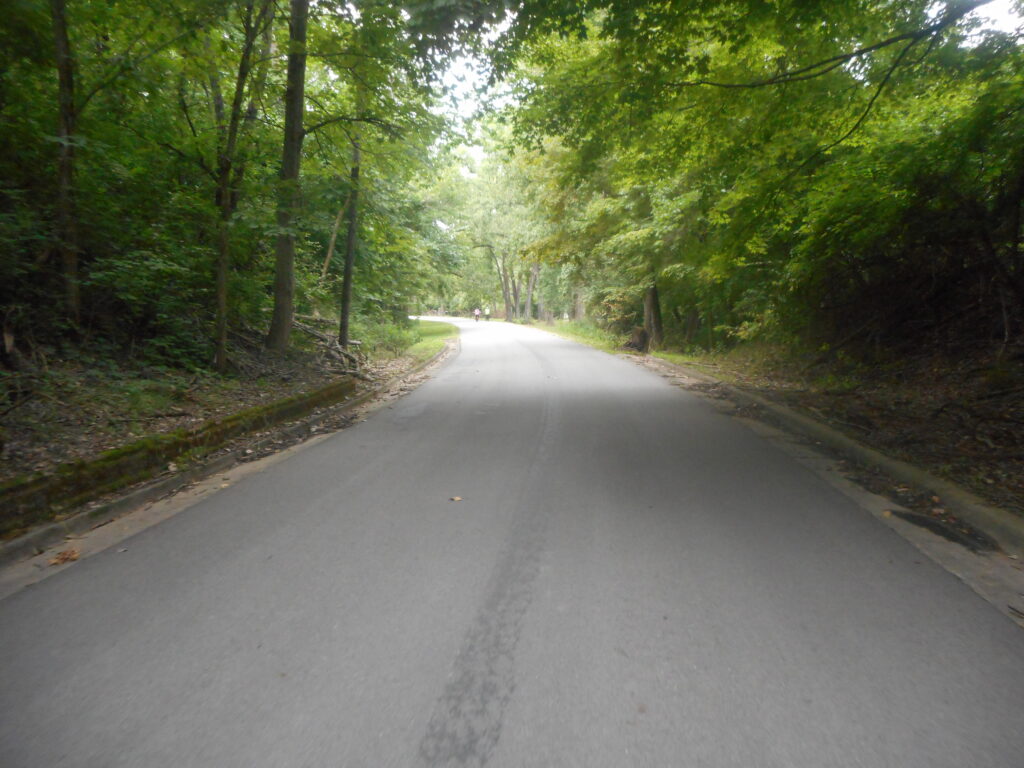 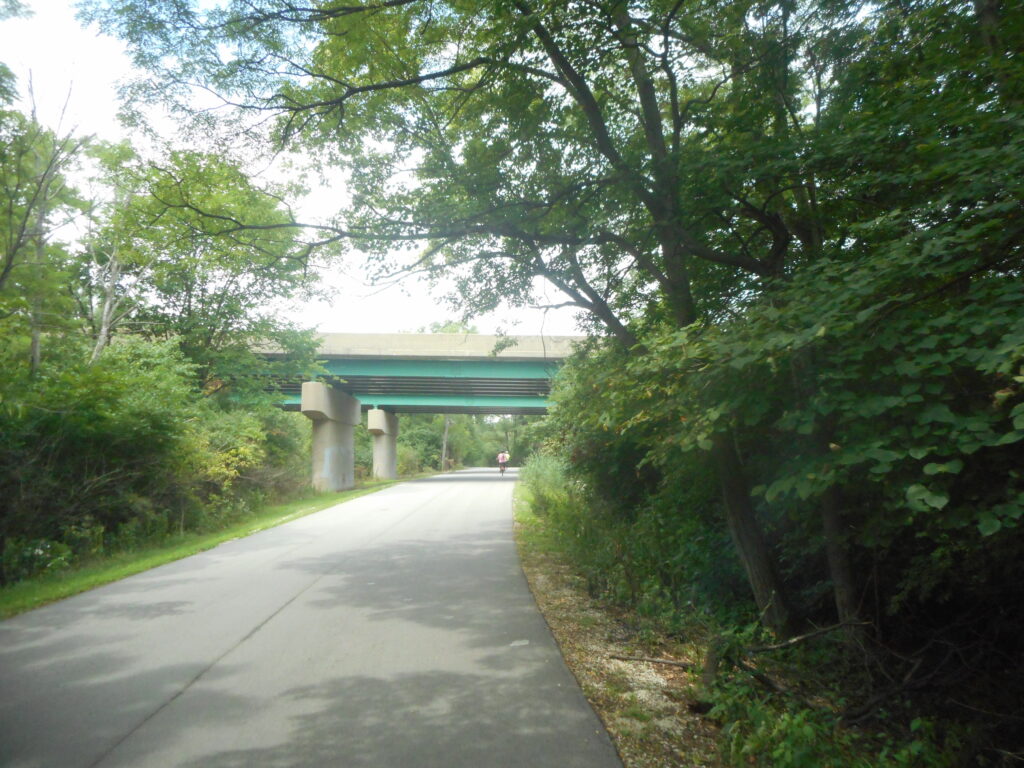 All the elevation difference from the steep downhill has to be regained, but this way it is spread out over a couple of miles, much more doable 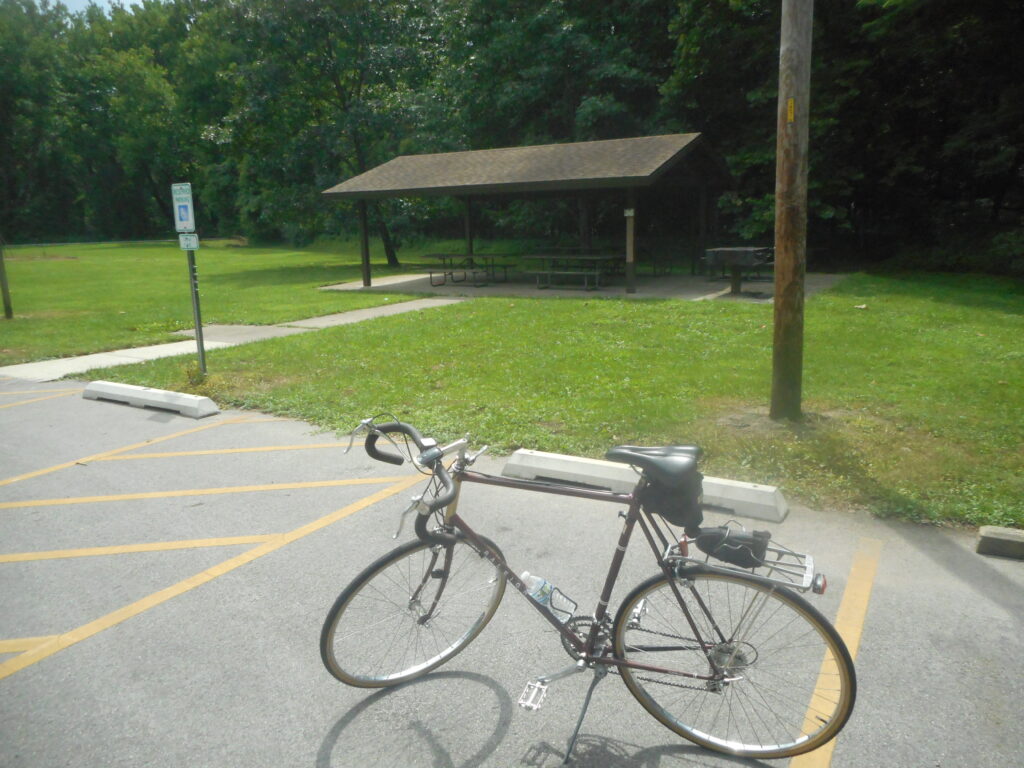 Dave, Dwight, and myself are considering the 30 mile out and back, which includes crossing the rail trail trestle twice

I should have, and will, start at the Mtn Bike trail head, connect thru the county fairgrounds to the Rail Trail, and on to Oakwood, Illinois