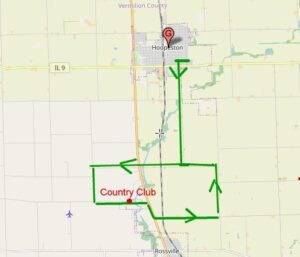 Met up with Dave and Dwight and after our usual amount of indecision, probably the poorest leader of all was selected to lead the way.

South we went, seems like we go south a lot of the time, a turn to the west, and then south again to pass by the Country Club (the one who refused to sell Dave and I coffee years ago) and stopped at the North Fork to enjoy the woods and view.

The Hubbard Trail CC really is a pretty nice place, well kept and all, but they won’t or didn’t sell coffee to non members 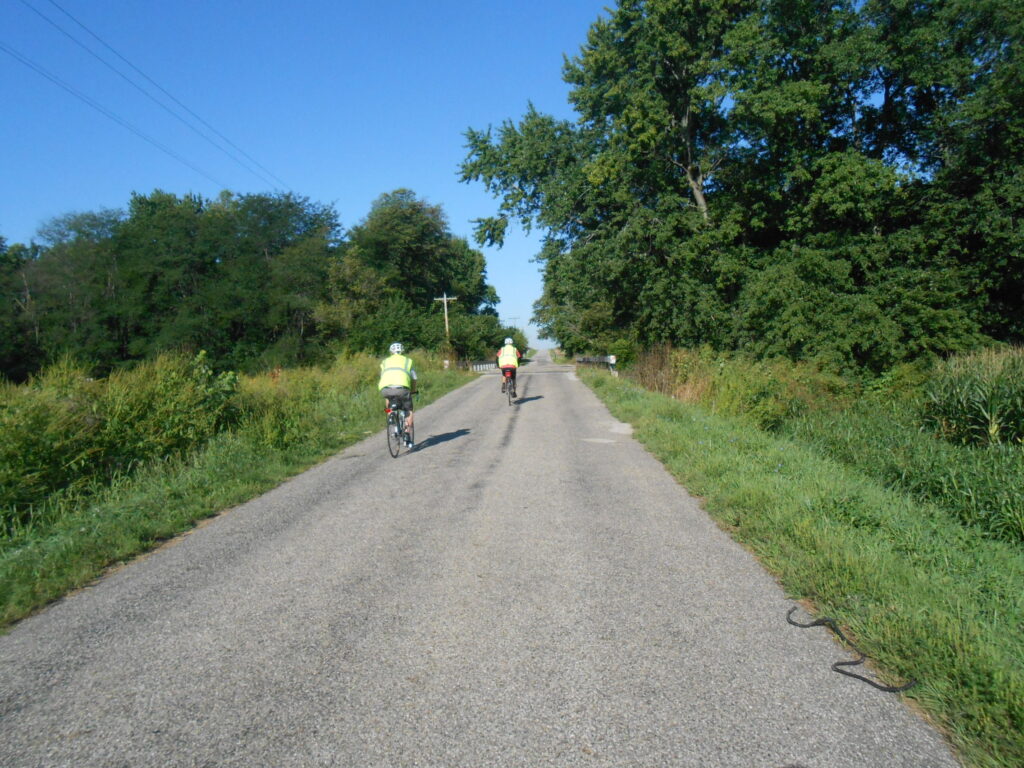 Dwight in the lead at this point 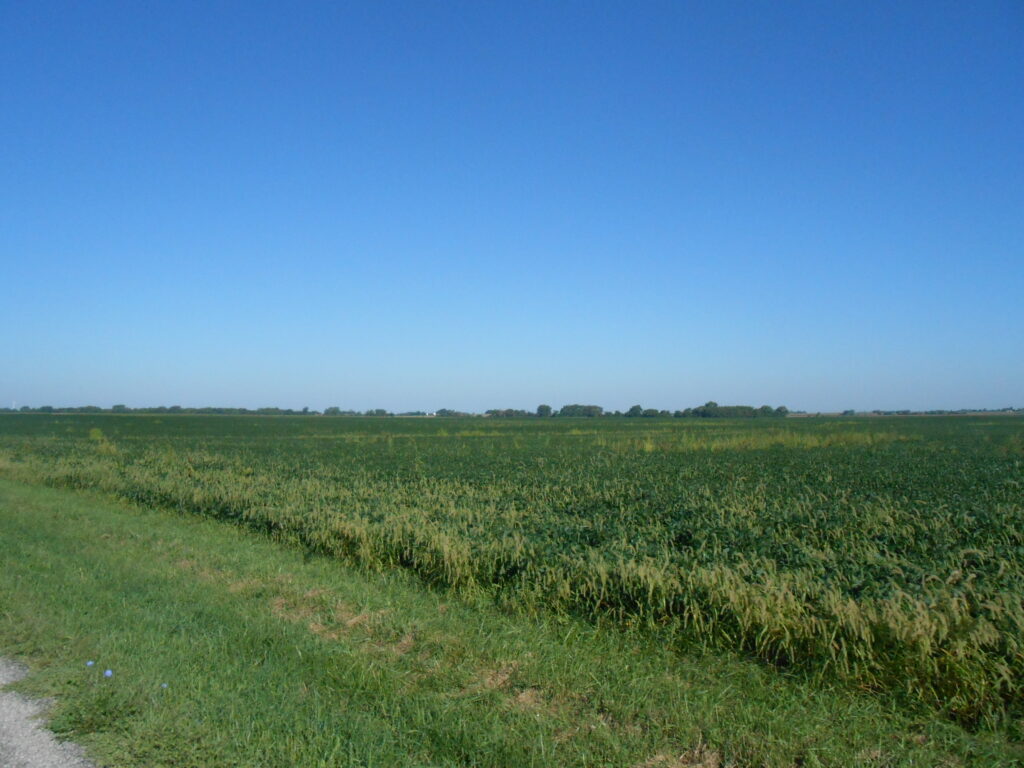 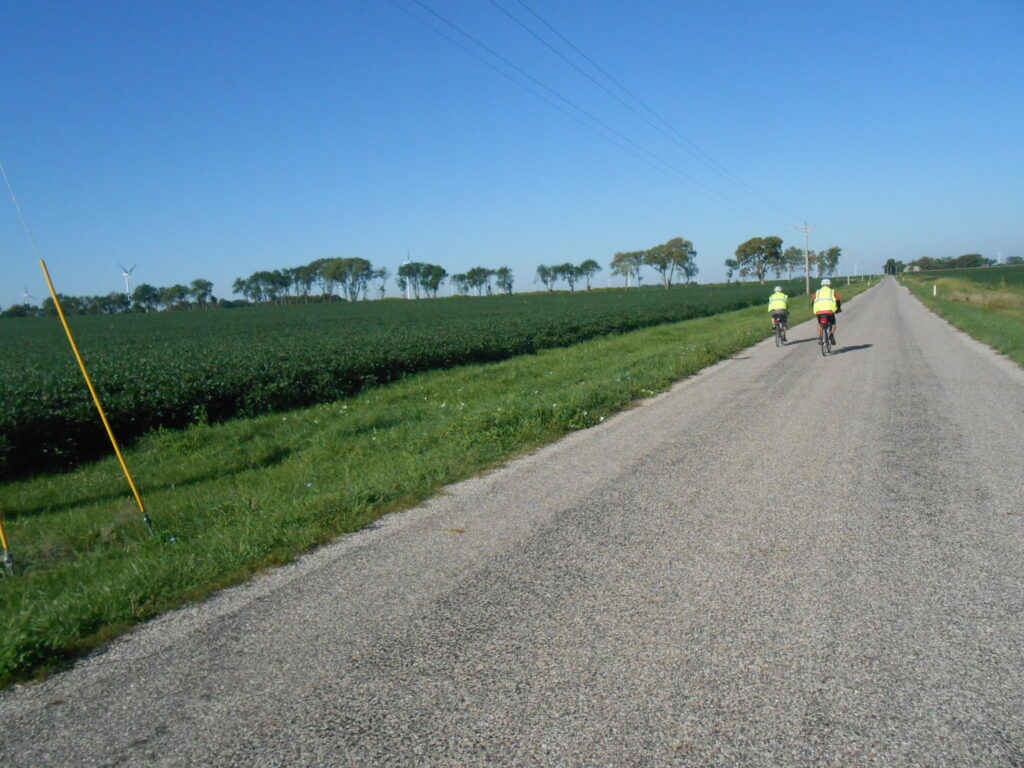 More soybeans as we approach a turn south 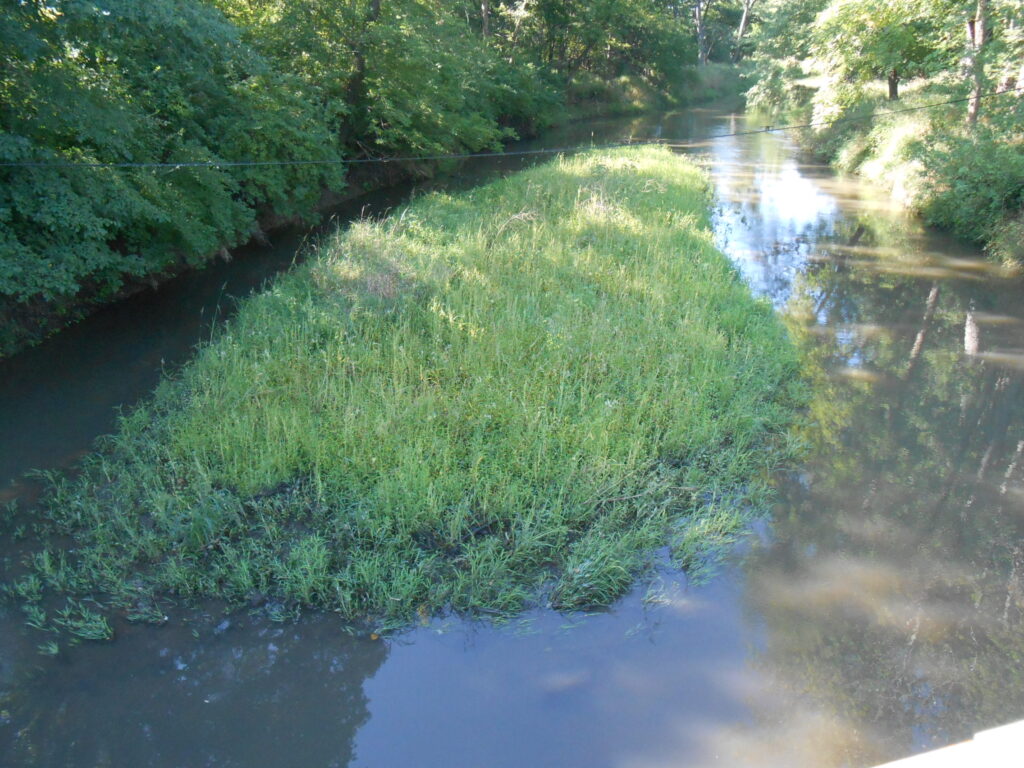 Found an unopened packet of Chick-fil-A sauce on the bridge and offered it to Dwight for his granola bar.   He politely declined 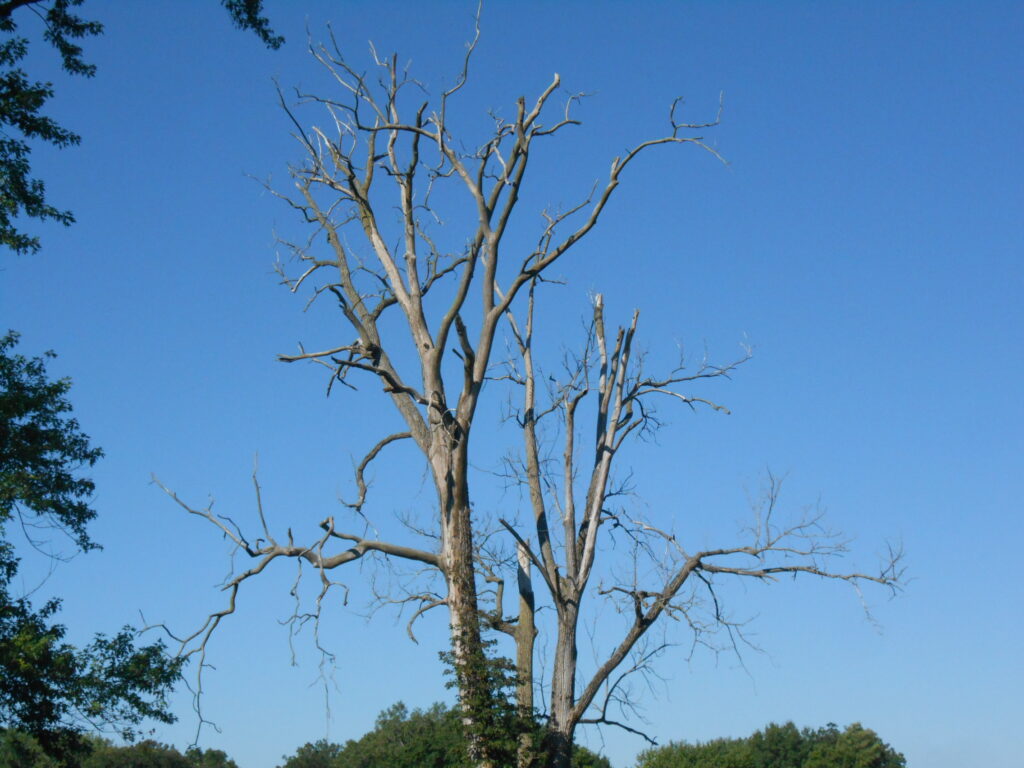 Sort of an interesting tree

Continued on east, a short run down Illinois Route 1, and a turn east back into corn after corn fields and a turn north toward home

Around 2.5 miles south of town, the road descends the back slope of a moraine

Good ride, a great time, and looking forward to the River to Rails ride

6 response to "To The Country Club and Back"