This morning, Dave, Dwight, and myself joined up for a ride.   Beautiful day for cycling, and with no destination in mind we took off west and just let whatever turned up decide our direction.  Ultimately, that turned out to be Rossville, Illinois by a rather circuitous route.

Part of that route involved a mile of gravel road, which actually is in very good rideable condition.  This is a little used stretch of essentially one lane road which is why its never been, sealed.  As long as we stayed on the car tracks it was almost like riding pavement.  On either side of the tracks was a thin (thankfully) layer of loose gravel.

Looking ahead, we see a giant cloud of dust coming our way, led by a speeding car.  Surely, it will slow down and move over (which is common practice on this type of road)  Heh. No Way!

It kept coming at 60mph (sounds like an exaggeration, but I’m not sure it is).  We scooted over to the loose gravel and held a steady course as the car sped by not budging an inch by not more than 2 feet away.

Once the dust cleared, and we got to the end of the gravel section, a discussion was held as to his possible parentage, and probable deviant behaviors.

From then on, a very nice ride on to Rossville with courteous drivers. 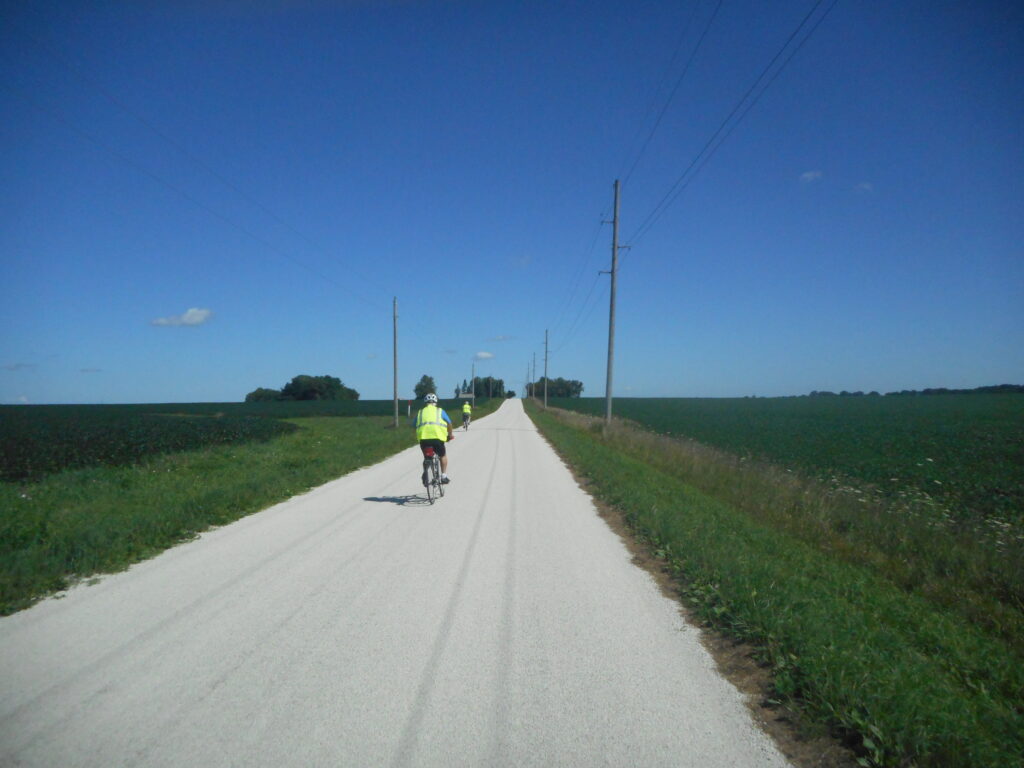 Typical view as we rode

Beans on both sides of the road 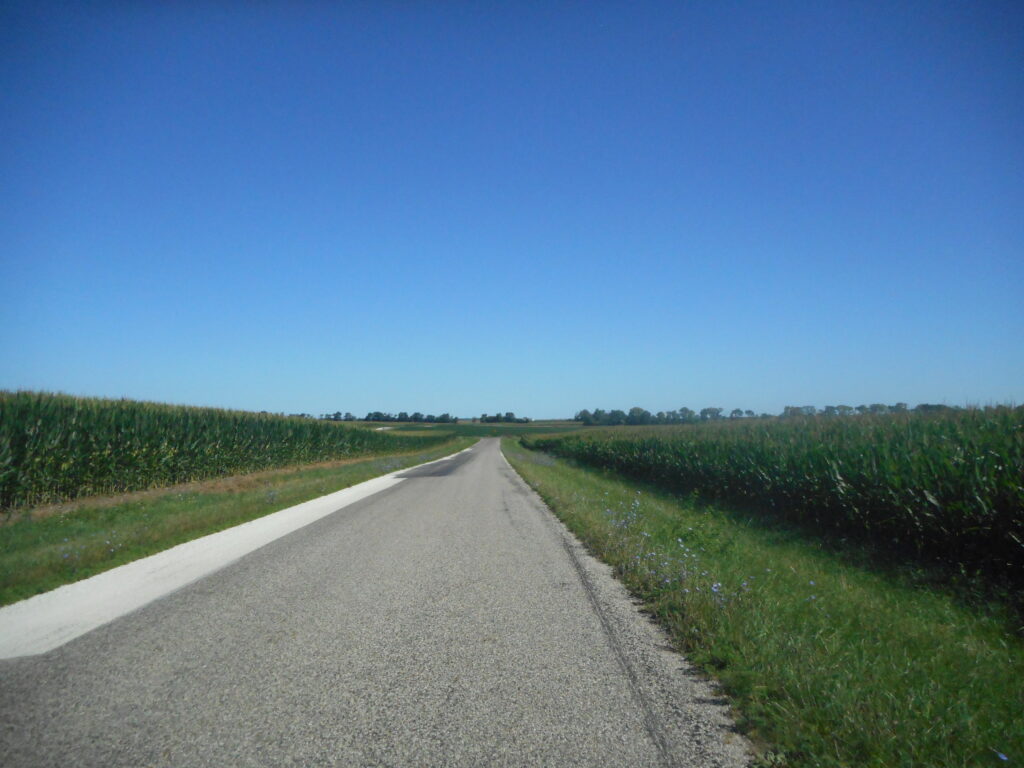 Corn on both sides of the road 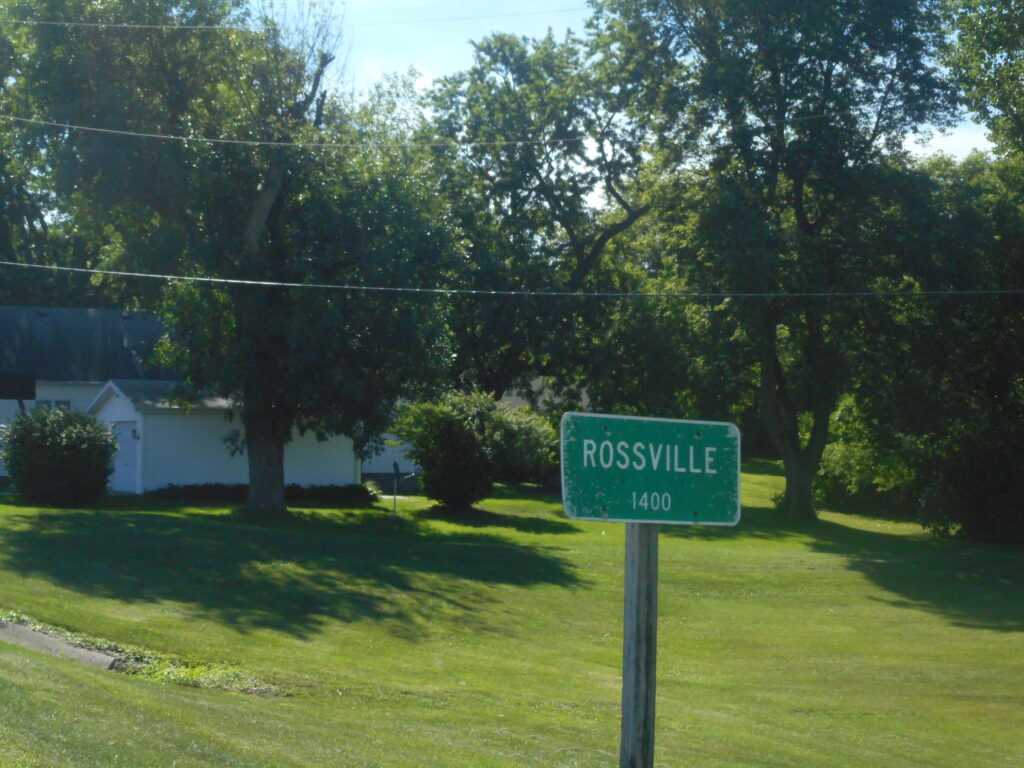 Entering Rossville from the west 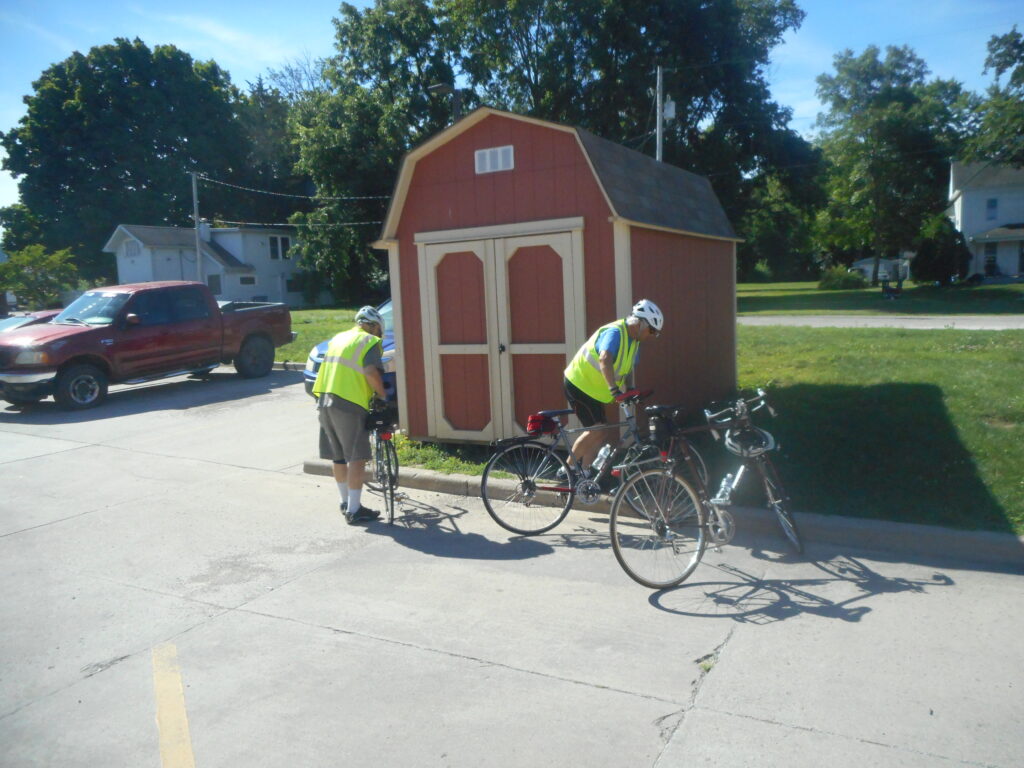 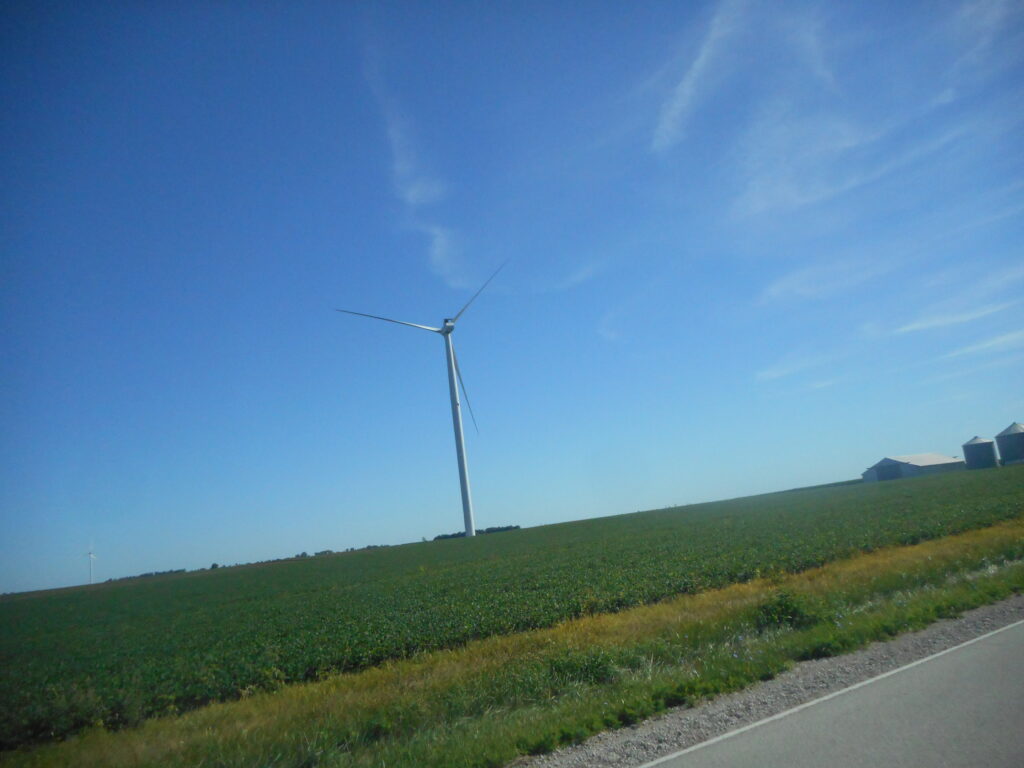 Riding past wind turbines before we got to Rossville

I noticed a little speck on one of the turbine towers

Look closely, just above halfway up 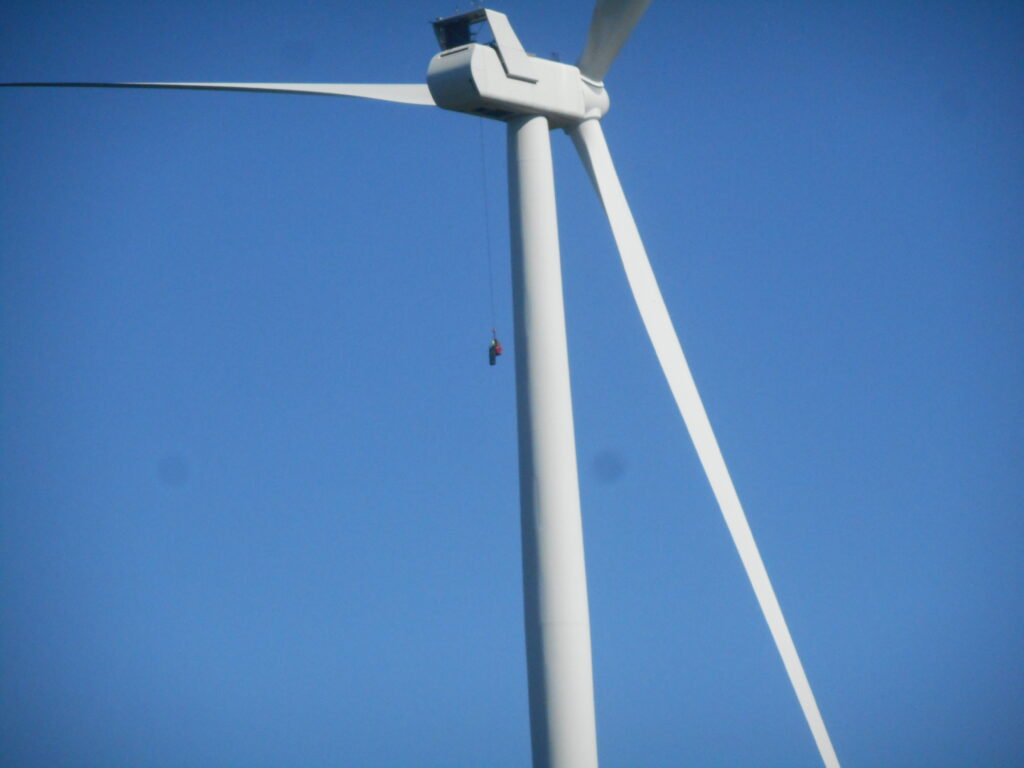 That is someone doing an inspection of the tower and blades!!!!!

Unusual to see as it happens!

Might be on the way back up into the generator?